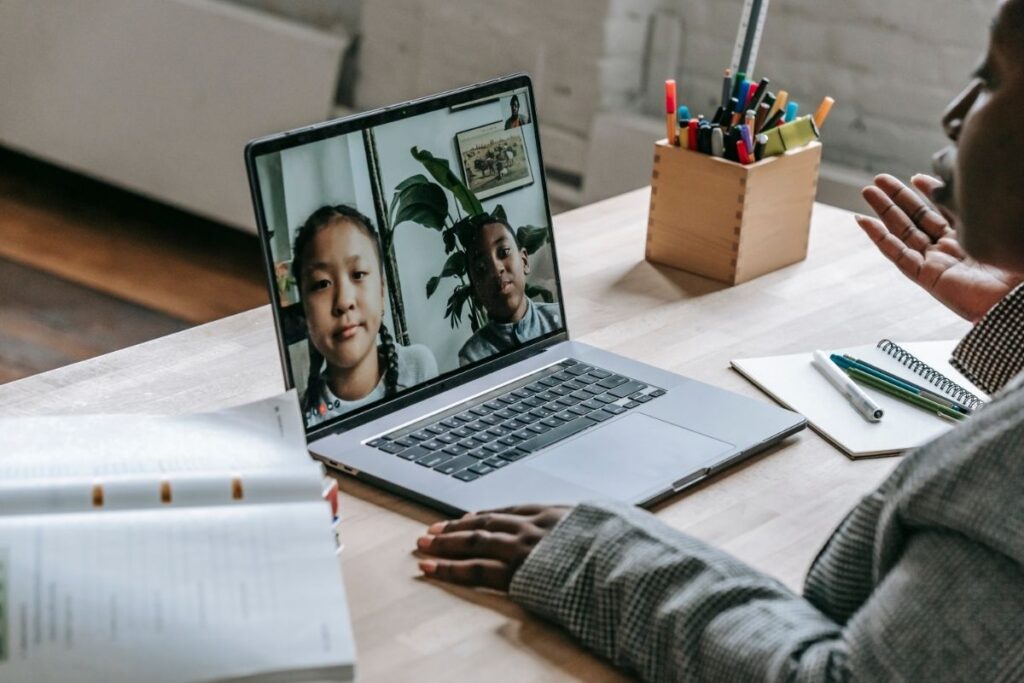 In June Gov. Phil Murphy decreed that this September all schools must provide in-person full-time instruction and the days of virtual learning are over. “I want to be unequivocal about this,” he said. “We are expecting Monday through Friday, in-person, every school, every district.”

But what if Murphy’s conviction that we must revert to the mean isn’t what’s best for kids? What if pandemic-induced school closures could kickstart some innovation in a musty institution? What if there are parents who feel that remote school is a better fit for their children, like Karen Strauss, co-founder of a new group called “New Jersey Parents for Virtual Choice?

“So many parents found that their children are excelling,” said Strauss, a mother of three from Bridgewater who is planning to homeschool her 5-year-old son rather than send him to in-person kindergarten. “We want this long-term. Times are changing. It’s no longer one size fits all.”

There are two takeaways here:

Let’s dig deeper. In the adult world, employees are demanding post-pandemic workplaces that allow them flexibility to work from home at least two or three days a week; according to this McKinsey survey, only 8% of workers with young children want full-time on-site models. This is similar to what Strauss (and the 1,300 other families who have  already have signed her group’s petition) is asking for: innovation, evolution, and an education system that honors the diversity of learning needs.

That’s a big ask. But the world has changed, along with all of us. Why is school any different? Spearheading systemic change would take leadership and flexibility, not only from Murphy but from the New Jersey Department of Education, which, as July withers, has produced little oversight or assistance to school districts. Yet it’s not too late for leading educators to seize the summer as an opportunity (as JerseyCAN advises) to  implement best practices.

I know, I know! Virtual learning is a huge task when teachers are occupied with in-person instruction. They can’t do both simultaneously. But what if a remote option wasn’t left to each of our 600 districts? What if the DOE exercised its  authority and scaled up virtual instruction to a statewide program, or contracted with a non-profit to run it?

Here’s Andy Rotherham, cofounder of the highly-regarded Bellwether and a senior advisor with Whiteboard Associates:

Here’s one obvious idea that doesn’t seem to be getting enough attention – quality statewide virtual options for this fall. Last year the overreaction was the assumption that everyone was in remote school when, actually, a lot of districts opened in August or September. Conversely, this year the assumption seems to be that everyone will be in live school come the fall. This seems off given parents who for whatever reason are not comfortable returning live as well as Delta and other possible variants causing some disruption.

That’s why coercing parents back into school by saying no virtual option seems as problematic as trying to provide for choice at every school site. More governors stepping up and saying there will be a virtual option, it will be quality, and universally available seems like a way through (and one with some political upside outside of special interest group pressure). It’s hard to go wrong politically with parents when you say you’ll make sure every kid has a good option for school. Pushing for that seems like a good goal for advocates, too. And right now no one can say they don’t have the money.

Imagine the possibilities: If New Jersey can pull off a statewide virtual option and open a window to escape from our claustrophobic municipal madness, how else could we open up learning for students with special needs or students red-lined into chronically-dysfunctional districts?

Next, let’s recognize that Black parents (much more than white parents, with Hispanic parents in between) would rather keep their kids home in September. The reasons for this preference are multiple: to protect them from racism, because their kids weren’t learning as much in school as they thought, because they’ve become more comfortable with homeschooling or virtual instruction.

For example, ABC reports that Georgia resident Ayaana Johnson decided to keep her two young daughters home even though she had the option to send them back to school.  “Now that they’re home, we feel safer,” she said, referring to the rampant racism in her children’s school district.

In Massachusetts, a recent survey about how federal recovery money should be spent showed 70% of parents wanted their child to learn in person this fall but among Black parents, only 54% preferred full in-person learning.  “Parents of color have been consistently less enthusiastic about in-person school,” said Steve Koczela, president of the MassINC Polling Group, the nonpartisan public opinion research firm that conducted the survey.

Right here at home, a Change Research poll found 36% of Black parents say the state is moving too quickly to reopen schools, compared to only 16% of white respondents.

What if we reimagine school? What if it shouldn’t be, as Karen Strauss of Bridgewater says, “one size fits all?” What if the pandemic has demonstrated what we should have known all along: that students learn in different ways and we should respect these differences, offering options beyond the typical day in a traditional classroom?

As a Black parent myself, this is heartbreaking — not because parents are doing anything wrong by choosing what they believe to be the safest option for their children and their families, but because, as a society, we have let families down by not creating the conditions for Black parents to feel comfortable sending their children back into school buildings.

Those “conditions” haven’t changed. But we have. Maybe that’s why more and more Black parents are homeschooling their kids. The U.S. Census Bureau found that from the spring to the fall of 2020, homeschooling rates quintupled among Black families and New Jersey isn’t any different: in Newark and Jersey City homeschooling rates went up 8 points.

So what if we listened to parents, as 34 other states already have? What if we stopped picturing our 600-district school system as rigidly red-lined enclaves and, instead, thought holistically about our diverse state and the diverse needs of our children? What if Gov. Murphy and the state DOE really listened to families who signed the petition that says, “Families deserve to have a CHOICE in our children’s education and to do what is best for our kids”? What if families, regardless of economic status, had access to the resources to choose the best education for their child?

There’s nothing that makes this pandemic “worth it.” But if we start valuing the needs and desires of the most educationally disenfranchised among us, that’s a pretty solid silver lining.

This Is How My Daughter Celebrated International Women’s Day