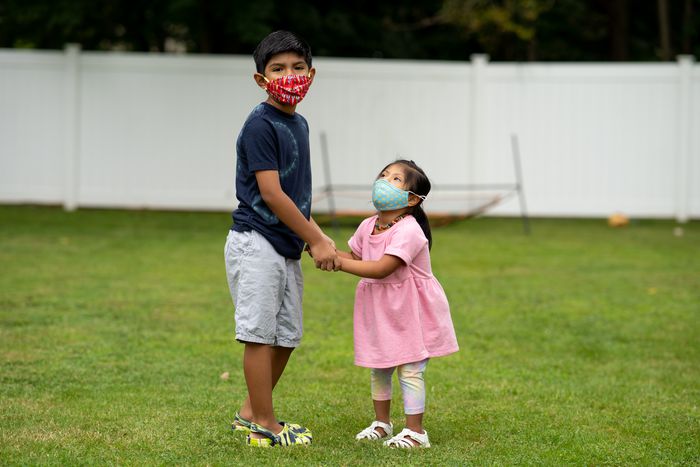 Last week’s Star-Ledger had a heart-breaking story about the Almazan family of Wanaque, New Jersey. Eight-year-old Jayden is slated to start school tomorrow but his parents may have to disenroll him from his local elementary school. Why? Because the Murphy Administration has eliminated the option of remote instruction and Jayden’s four-year-old sister Yaretzy, who has Down Syndrome, is at high risk of COVID-19 complications.

So the Almazans face a “gut-wrenching” choice: risk Yaretzy’s life or keep Jayden home. “I am hoping the Governor is really willing to listen,” Jayden’s mom says. “To tell you the honest truth, we are pleading for help — that he will give us a (virtual) choice to have for our children.”

Here’s a thought: If Murphy gave them that help it would be a win-win, and just two months before his bid for re-election.

Yes, it seems crass to bring politics into grave medical matters. But, as the New Jersey Education Association explains, “[b]y its very nature of being a public institution, public education is political.” And the Ledger piece suggests there are political reasons why Murphy isn’t offering a remote option to families like the Almazans. From the article:

‘Some [parents of medically-fragile kids] worry Murphy could be playing politics — especially with Election Day looming and another term at stake — and favoring the interests of teachers who don’t want to balance virtual and in-person instruction over the concerns of some parents.’

‘Ben Dworkin, director of Rowan University’s Institute for Public Policy and Citizenship, weighs in: ‘There is no way to win politically. Parents in every community are all over the map, and on nine out of the other top 10 issues, they might be on one side or the other.’

‘Karen Strauss, founder of New Jersey Parents for Virtual Choice, ‘wonders what has changed [for Murphy] and if political interference is to blame for him not restoring the virtual option.’

And then, of course, there’s the crushing influence of NJEA leaders on Murphy’s educational decision-making. From the union’s recent publication: “Elementary and secondary school students should not receive all or most of their education through distance education, except in rare circumstances, such as during severe debilitating or contagious illness.”

Although Murphy appears primed for a smooth ride to a second term, a show of independence from lobbyists, sensitivity to families with more vulnerable relatives, and empathy for students who actually benefitted from remote instruction could give him a political lift. Look, I get it: the Governor is afraid of appearing weak or indecisive so he doesn’t want to walk back his March mandate that “all students will be back in school for full-time instruction” during the 2021-2022 academic year and “parents will not be enabled to…opt their child out of in-person instruction.”

But what happens to Jayden and Yaretzy if Murphy can’t moderate his position? While, pre-Delta, it appeared logical to re-open schools full-time for all, now it may be, at best, politically foolish and, at worse, dangerous for some families. After all, even some New Jersey colleges, where everyone is eligible for vaccines, are electing to start the year remotely.

I think Murphy is missing an opportunity. If he were to allow remote instruction for students like Jayden who are living with an extremely vulnerable relative, he would appear compassionate and scientifically-literate, able to adjust his approach to empirical conditions on the ground. Back in March, who thought there would be a brand new variant that would infect children at a higher rate? Who thought 27,000 parents would sign a petition pleading, like Jayden’s mom, for a remote option?  Who thought more kids would be getting COVID in September than in March? Who would guess that every county in the state would be rated at a “high” rate of transmission? Who knew that in one week a quarter million U.S. kids would test positive for the coronavirus?

And, look, we all know there will be quarantines once school is underway. A public charter in Newark, which has a longer school year calendar and began classes in early August, already had to quarantine 700 students due to COVID transmission and switch to remote instruction.

Is Murphy so scared of backlash from NJEA leaders if he tells the DOE to require virtual learning when students are quarantined? (Right now the DOE guidance says it’s just a “strong recommendation.”) Or is Murphy afraid that mandating access to virtual instruction for vulnerable families and quarantined students would be too heavy a lift for a diminished DOE?

Fear is inevitable when confronting a life-threatening pandemic. But smart decisions are not fear-driven. If Murphy is hoping to skate past the perception that he’s too submissive to union leaders, then here is a perfect opportunity to show he is undaunted by agendas of lobbyists and attuned to the entirely logical fears of families like the Almazans. After all, there’s so much at stake.