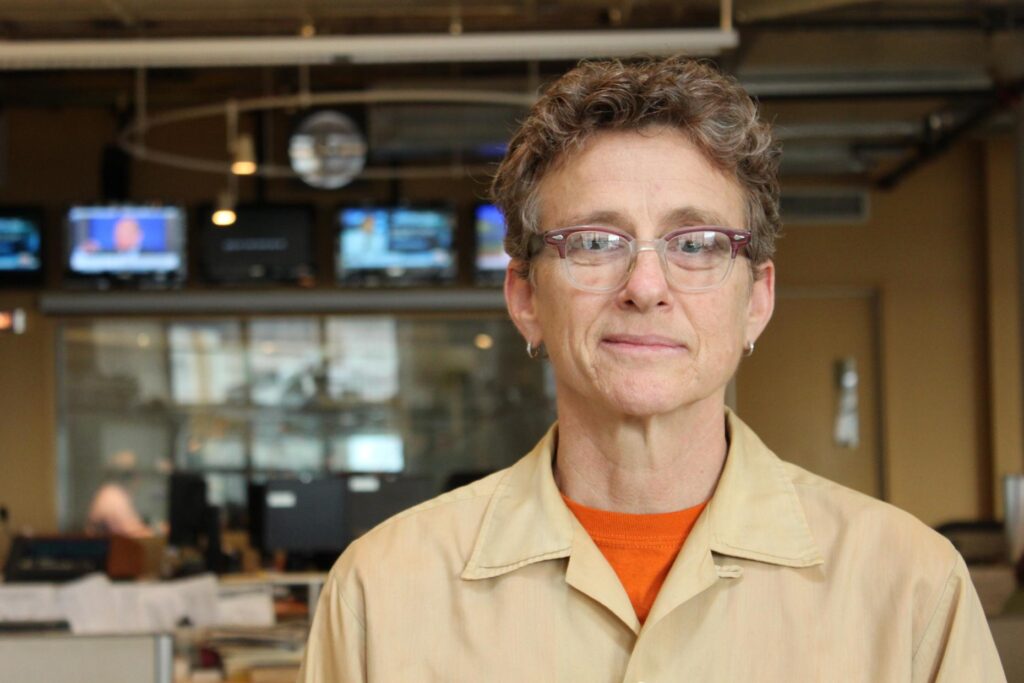 Last week Mike Lilley of Sunlight Policy Foundation of New Jersey reported on how the New Jersey Education Association had backed NJEA President Sean Spiller’s campaign for Montclair mayor with $310,000, which seems like a lot when running against an opponent who spent $10,000, especially since Spiller won by only 195 votes. After reading Lilley’s research, Nancy Solomon, the managing director of New Jersey Public Radio, erroneously sent a reply to Lilley which said, “Charter school shills who attack public school teachers.” (Complete email exchange at the bottom.)

Question: How can Solomon objectively report on newsworthy public policy issues–including education—if she has such a dim regard for a sector of public schools that educates 40% of students in Newark and 60% of students in Camden? Isn’t it concerning when a high-level official who oversees news coverage for a tax-payer supported platform reveals her animosity towards a type of public school that is overwhelmingly supported by parents, disproportionately of color, who can’t buy their way into her own chichi home town of Maplewood where million dollar houses are bundled with a high-performing district?

In an attempt to get some insight into Solomon’s smear of public charter schools and their supporters, I called Bob Shapiro, President of the New Jersey Journalist Association. ““The specifics of this are news to me,” said Shapiro, “so I prefer not to comment.”

I asked Kyle Rosenkrans, Executive Director of the New Jersey Children’s Foundation*, for his thoughts. “This is a moment of accidental transparency,” he told me. “Too often people standing up to powerful education interests get branded as ‘pro-charter’ and ‘anti-teacher.’ Here, it’s not just inaccurate but it’s also sad to see this bias revealed at an important (and tax payer-funded) media institution” like NJ Public Radio.”

And then there’s Lilley’s take. He writes today,

As with our previously expressed concerns about the co-optation of New Jersey’s media by the NJEA, we ask if NJ Public Radio has been co-opted via Nancy Solomon and now aligns its reporting with the NJEA’s policy positions on charter schools.  Can we be sure that this evident bias has not spread to other policy areas? Sunlight would like to hear NJ Public Radio’s response.

Journalists, of course, can have views about the material they cover. And, hey, everyone is entitled to their own opinion about whether New Jersey public charter schools are good or bad for student growth and whether parents should have access to choice, regardless of their ability to buy their way into a better district. (Agnostics should do their due diligence and examine studies that show Newark charter school students are making learning gains at a faster rate than nearly any other city in the nation and that NJ charters are less likely than traditional schools to push out high-needs students.) Sometimes it’s tricky to keep those views out of straight news coverage and save them for commentaries. Yet more than a few supporters of school reform in NJ were taken aback by Solomon’s outright disdain for public charters.

I don’t think that’s all on Solomon: it’s frustrating for advocates not backed by professional lobbyists with deep pockets (looking at you, NJEA) to watch NJ’s media desert shrivel further as the Star-Ledger resorts to front-page ads for the Golden Nugget Casino and North Jersey Media’s education coverage gets co-opted by its multiple ties to anti-charter groups and other “news” outlets use sources like Camden Education Association president Keith Benson, who thinks that Black Caribbean educators who support school reform are “oppressed natives” afflicted by a “psychosis” and that 9/11 was a conspiracy.

Alas New Jersey, sandwiched between the two huge media markets of NYC and Philly; even NJ Public Radio lives on WNYC.  Alas all who care about comprehensive, objective news coverage, given what 538 calls “a crisis in local journalism that is now at least two decades old.”

More than ever, we need our journalists, when they’re reporting news, to keep their opinions for opinion pages. Maybe Nancy Solomon is doing that and she just forgot to do her “idiot check” before pressing “send” on her email.

Or maybe she’s been in this so long she can’t tell the difference. If anything, this incident puts more pressure on all of us out there to stick with the facts, ma’am, unless you’re writing commentary like this.

Lilley: :These are all facts.  We defy you to point to one assertion in our report – just one – that is not factual.  It is also a fact that Sunlight has never taken a position on charter schools.  Period.  Please address our facts not your preconceived biases.”

Solomon:” I apologize. I didn’t mean to send that email but that’s not an excuse. What I said is rude and disrespectful and I regret it.”

Lilley: “Nancy – That takes some guts and character.  It is truly refreshing to encounter someone who cares about the quality of public discourse.  We have heard much worse without any contrition.  We sincerely appreciate your thoughtful words, and will use them as an inspiration to mind our own manners.”

*NJ Children’s Foundation is a granter to brightbeam, which supports NJER.

Project Ready Delivers Over 1,000 Care Packages To All Newark