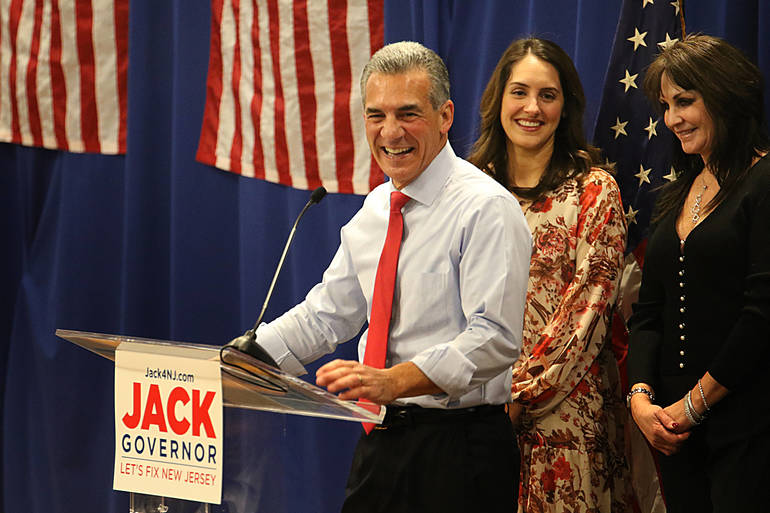 Anyone who reads my commentary knows that I’m a proponent of school choice, high standards and aligned assessments, school district transparency, and fair school funding. For me, Gov. Phil Murphy has flunked the first three of these fundamental elements of public education. To wit: His Administration has approved one public charter despite 36,000 students on waitlists; his Department of Education has dumbed down standards and assessments out of a perverse urge to falsely elevate student proficiency; he’s ignored parents’ pleas for remote instruction; he seems oblivious to our need to control costs. All of these failures are attributable to his weak-kneed dependence on New Jersey teacher union lobbyists, who know a doormat when they see one.

School funding during the Murphy Administration? It’s complicated, a mixture of wisdom (ex.: cutting Adjustment Aid for overaided districts) and folly (failing to install  competent leadership at the DOE).

Yet if I were a one-issue voter (I’m not) I’d still have problems with GOP contender Jack Ciattarelli’s education platform. Oh, count me a fan of his support for school choice, his focus on higher standards, his respect for parents who want the option of remote learning while the pandemic still rages. But his school funding plan? A hot mess.

On Ciattarelli’s campaign website he promises to lower our property taxes “through comprehensive reform of our broken school funding formula” because “a system where 60% of state aid goes to 5% of districts is unsustainable.” He’ll accomplish this, he says, by shifting the cost of special education to the state, sending extra aid to the suburbs (where, it should be said, much of his base lives), redefining a factor in the school funding formula called “Local Fair Share” so “no community funds less than 25% of its schools, and incentivizing district consolidation. (See this Explainer on how NJ funds schools.)

Sounds good, right? Tell a non-New Jerseyan how much you pay in property taxes and they’ll plotz. Sign me up!

Or not. Why? Because Ciattarelli’s plan would decimate low-income districts, privilege rich ones, ignore those that are long-neglected and under-funded, and probably run afoul of the courts.

That’s not to say that there are no problems with our current funding law, known not-so-fondly as SFRA, or the School Funding Reform Act, written to satisfy the State Supreme Court’s Abbott rulings after three previous legislative attempts were rejected as unconstitutional. Of course there are multiple problems with the Abbott rulings themselves–as StateAidGuy points out, the list of the 31 NJ “Abbott” districts eligible for compensatory funding was obsolete in 1990 when the first decisions came out. There’s so much wrong with the way NJ funds schools!

But Ciatterelli’s plan isn’t even a bandaid.

Let’s go through his proposals, starting with his plan to have the state pay the costs of educating all NJ students with disabilities. Sure, maybe that would lower property taxes but we’d have to make up the difference in other levies. And it’s a ton of money. Fourteen years ago the NJ School Boards Association estimated the cost of educating our 240,000 students with disabilities at $3.5 billion a year. Now the number is probably closer to $5 billion, or more than half the state’s total K-12 education funding. Where’s that money going to come from, Jack? (Hint: it’s spelled t-a-x-e-s.)

Next, the prospective governor wants to redefine the way we calculate Local Fair Share so “no community pays less than 25% of its budget.” So let’s see how that would work by looking at Newark and its budget. For the school year 2020-2021 the district’s total operating budget was just over $1 billion. Of that billion, the “local tax levy” — the amount collected from Newark residents–was $138 million. So about 14% of the school district’s annual budget last year came from local property taxes.

If Ciattarelli were king, Newark residents, overwhelmingly low-income, would have to pay almost twice as much money in property taxes to fund schools costs as they do now. This in a city where the percentage of children in low-income households is double the state average, a city where 28,000 children rely on government benefits for food, a city where 7.2% of children have no health insurance. This is not to say that wealthier Newarkers shouldn’t  contribute more; the city does not pay its Local Fair Share. But 25%? Nah.

Yet nine miles away in posh Millburn  where the average home price is about $1 million and local revenue supplies about 90% of school costs, homeowners would have their taxes slashed by 65%. Have I got that right, Jack? Where is the state going to come up with the $60 million it will owe Millburn residents?

The math doesn’t work. Neither does the equity.

School consolidation? Count me in. Instead of Education Law Center making the reductio ad absurdum argument that charter schools cause segregation, they should push for merging, say, Millburn and Newark.  And let’s get real: every governor over the last 30 years pushed district consolidation and every governor (Florio, Whitman, Corzine, Christie, Murphy) failed. We may hate our property taxes but we love our local control. (Senate President Steve Sweeney includes district/municipal mergers in his “Path to Progress” plan but Murphy pocket-vetoed the bill because NJEA leaders told him to.)

There is much a governor of either party can do to increase our school funding formula’s equity, effectiveness, and efficiency. Do state taxpayers really need to pay for free preschool for Jersey City and Hoboken millionaires? (Means-test, anyone?) Should not-so-Abbott district residents really have to contribute nothing for construction costs? Does Asbury Park really need $33,436 per pupil per year, much of it coming from the state, and if it does, shouldn’t we have an effective Fiscal Monitor in place to block the hiring of five “Directors of Curriculum and Instruction” for a district of 1,700 students?

Money isn’t a panacea for educational inequities, a fact New Jersey should know that better than any other state after its noble Abbott experiment. Back in 1990 Chief Justice Robert Wilentz wrote in the Abbott II decision, “without educational reform, the money may accomplish nothing,” a sentiment some would consider prescient. This doesn’t mean that Murphy should be too frightened of lobbyists to work towards sensible changes in the way we fund schools. But it also doesn’t mean that whoever occupies that office in Trenton should privilege Millburn taxpayers’ pockets over Newark students’ educational needs. Currently there’s an equitable middle that eludes both candidates.