Did the Teacher in South Orange-Maplewood Really Pull the Student’s Hijab Off? 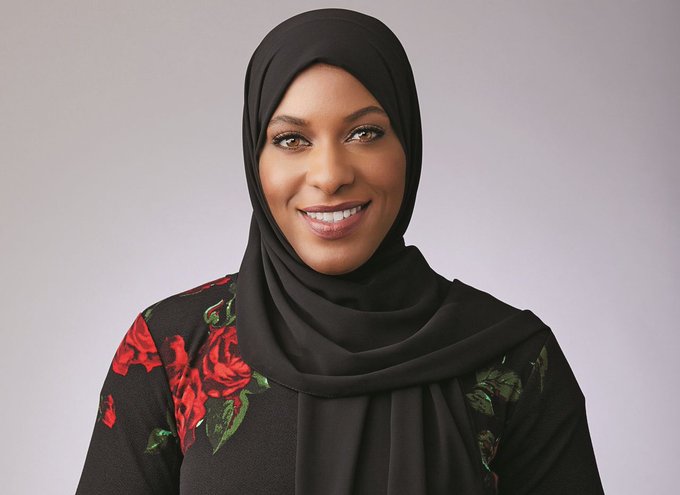 After countless stories from the likes of the Patch, the Jerusalem Post, and NBC, as well as social media sites Twitter, Facebook, and Instagram, it turns out (to mix our Shakespeare) this particular tempest was most likely much ado about nothing. For those catching up, a second-grade teacher at Seth Boyden Elementary School in South Orange-Maplewood was accused of pulling the hijab, or headscarf, off the head of a young girl who is Muslim. But that may not be what happened: the teacher said she tried to get the little girl to take the hood of her sweatshirt off her head because it was covering her eyes. When she realized the little girl was wearing it as a hijab, she stepped aside.

No matter: this story, which may not be a story, spread widely after Olympic fencer Ibtihaj Muhammad (pictured above), who attended South Orange-Maplewood schools, posted the accusation on Instagram, writing, “imagine being a child and stripped of your clothing in front of your classmates. Imagine the humiliation and trauma this experience has caused her. This is abuse. Schools should be a haven for all of our kids to feel safe, welcome and protected— no matter their faith.”

Then the Council on American-Islamic Relations of New Jersey weighed in:

We call for the immediate firing of the Maplewood teacher who pulled off the headscarf of a young Muslim student. Anything less is an insult to the students and parents of Maplewood, NJ.

And then came the Governor:

Deeply disturbed by these accusations. Our diversity is our greatest strength and every child should feel safe and welcome in school, regardless of their race, religion, or culture. We fully support @SOMSDK12’s investigation into the matter.https://t.co/CetCQz6GMB

Meanwhile, the teacher has hired a civil rights attorney, Samantha Harris, who said in a statement,

This is not a story about a teacher who forcibly removed a student’s hijab. This is a story about social media, misinformation, and what happens when people publicize rumors without any knowledge of or regard for the truth. Ms. Herman did not, as has been alleged, forcibly remove a student’s hijab or tell a student that she should not have to wear a hijab. in accordance with school policy, (the teacher) directed a student in her class to pull down the hood on what appeared to be a hooded sweatshirt because it was blocking her eyes — and immediately rescinded that request when she realized that the student was wearing the hood in place of, rather than on top of, her usual hijab.

The misinformation shared on social media has caused tremendous harm to Ms. Herman – a teacher who, after more than 30 years of devoting her heart and soul to children of all backgrounds, has now had to ask for police protection due to the threats she is receiving following the dissemination of false information on social media.

“Governor Murphy even Tweeted about it, sharing an article that was based entirely on the completely inaccurate, sensationalized story Ms. Muhammad posted on Instagram,” Harris said. “The fact that so many people seem to take at face value the idea that a veteran teacher (who has, in fact, taught numerous hijab-wearing students over the years) would forcibly remove a young girl’s hijab is deeply troubling and, I think, is reflective of the ‘shoot first, ask questions later’ climate that all too frequently dominates social media.”

Some on social media repeatedly referenced the fact that the teacher is Jewish: “Tamar Herman, A Jewish teacher in Maplewood, NJ forcefully removed the hijab of a second grade student,” wrote one poster. “Herman who is Jewish told the young girl that she didn’t need to wear this.”

District superintendent Ronald Taylor issued his own statement which says in part,

Although the nature of the allegations can cause an emotional response, we want to request for patience and civility during this time.  The harsh and threatening comments received towards the Seth Boyden school, staff and District as a whole is concerning.  Our staff should not be afraid to come to school or feel a heightened sense of concern for their personal safety due to threats from others. We are hopeful and all agree that the alleged actions of one employee should not condemn an entire community.

The South Orange Police Department is investigating the incident. The child’s family has also hired a lawyer.