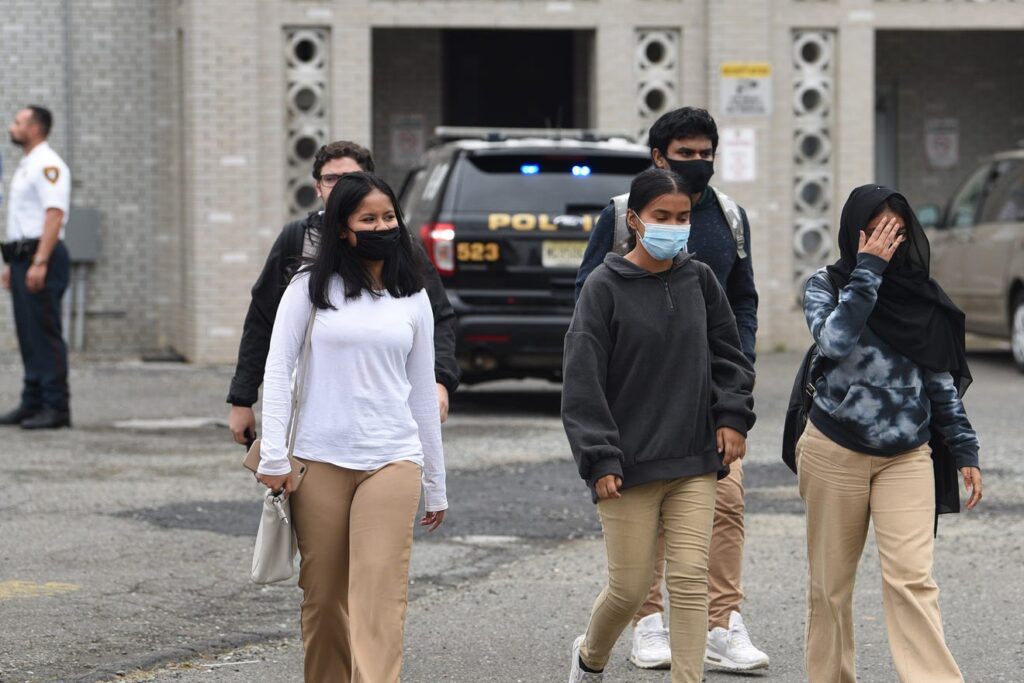 Last Tuesday a female student standing outside School 15 in Paterson Public Schools District grabbed another girl by the hair and started banging her head against the pavement. Other students stood around laughing and recording the assault on their phones. Security guards were unavailable.

Last Thursday a fight broke out at John F. Kennedy High School, caused by reports of a student with a gun, security guards were unavailable. “My brother is in there. I’m terrified,” said Suzy Sarah Marie, a 17-year-old who said she starting crying when she called her brother’s cellphone and it went right to voicemail.

This is one event during a recent period of recurrent violence, which North Jersey Media calls an “outbreak” due to what the district says is a dearth of security guards.

“There are fights all over the place,” said John McEntee Jr., president of the Paterson teachers union, citing separate brawls during the past week inside a classroom, hallway and bathroom at Kennedy High School “The things that are going on are absolutely bizarre.”

Paterson gets its security guards through a company called Motivated Security Services, at an annual contract of $3.3 million, which is supposed to supply the 27,332 student district with 177 security guards trained in working with children to avoid violence and bullying.

But there aren’t enough qualified applicants, in part because they can get jobs paying $75/hour working at construction sites, twice as much as they get working for the district.

In response, the School Board just approved another two contracts with two other security firms for a total of $88,000. Out of a total security budget of $4.4 million, there’s not much left.

The district is trying to train more security guards and “deploying seven off-duty police officers — who are armed and in uniform — to fill between three and five separate posts per day.”