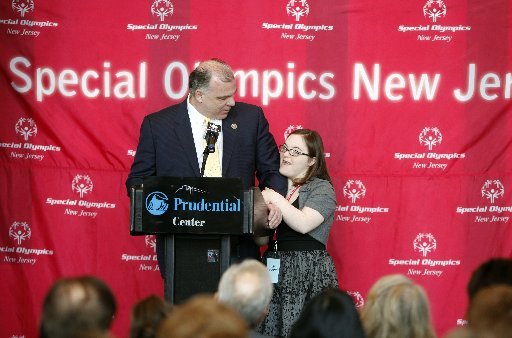 I know I’m late to the party but I join others in mourning the loss of Steve Sweeney as President of the New Jersey State Senate. It’s not his commonsensical approach to fiscal reforms or his labor union roots or his ability to work both sides of the aisle, although I think we’ll all miss that.  It’s not his courage to withstand NJ’s teacher union leaders who spent $5 million in member dues four years ago trying to defeat him, although at the time I indulged in schadenfreude.  It’s not even Sweeney’s keen eye for common ground with leaders as dissimilar as Chris Christie and Phil Murphy that gave us a modicum of teacher tenure reform, fair adjustments to health and pension benefits for public workers, and straight talk about the profligacy of the Schools Development Authority.

Who knew we’d be quaking from what Politico called today “one of the most seismic political events to hit Trenton in decades”? Who knew the longest-serving Senate President in state history would lose (by 4 percentage points even though polls had him up by 16 points) to a sacrificial lamb of South Jersey’s LD3, most widely known as an Islamophobe who campaigned for the right to carry concealed weapons? Who  could have predicted that Titan George Norcross, who controls South Jersey politics, would so badly misread the reddening of his part of the state where voters reject Gov. Murphy (who had a tight race of his own, winning by only 3 points, well below projections) and his tone-deaf comment, “If taxes are your issue, New Jersey’s probably not your state,” not to mention his “progressive” tilt? Who expected that we were in for what the Globe called a “political earthquake”?

We were all surprised. So was Sweeney’s conqueror Ed Durr:

NJ truck driver Edward Durr, just elected as GOP State Senator, when asked what he will do when he gets to Trenton: “I really don’t know. That’s the key factor. I don’t know what I don’t know. So, I will learn what I need to know.” pic.twitter.com/hDDnK7Gj5G

But here’s what I’m mourning most of all: Sweeney has a profound understanding of the challenges of parenting an adult with developmental disabilities in New Jersey because his daughter Lauren has Down Syndrome. For those of us who walk in similar shoes, he was a social justice warrior and a fellow advocate at the helm. Let us count the ways: he sponsored NJ’s first-in-the-land paid leave law. (He had to take two months of unpaid leave from his ironworker gig when Lauren was in the NICU.) He sponsored bills to fund day programs like the one my son Jonah attends, to raise the pay at group homes, to increase allocations to special education programs, to improve transportation options for those with disabilities.  Just this year he managed to pull off a $125 million boost in funding to reimburse school districts for “extraordinary” special-education costs and $600 million for students transitioning into adult programs after their education. “I care more about that community than anything else,” he told Tom Moran.

This sentiment shows. After his loss Sweeney told Gene Meyers of the Daily Record that his proudest accomplishment, codified in 2010, was banning the words “retarded” and “feeble-minded” from state statutes. He recounts how he’d take Lauren into a store or restaurant and, when people gaped, he’d say, “she has Down syndrome, not dumb syndrome and she doesn’t know why you are staring at her.”

My son Jonah has Fragile X Syndrome and he doesn’t know why you’re staring at him. He also doesn’t know why his day program at ARC Mercer has been cut to half-time after 18 months of pandemic closures so one week he’s there Tuesday and Thursday and the next week he’s there Monday, Wednesday, and Friday. The other days he’s home with not much to do except for a 90-minute Zoom program we finagled because we know how to work the system.

This is despite Sweeney’s accomplishments and the heroic efforts of state Ombudsman Paul Aronsohn who continues to call out the “fault lines” in NJ’s system of care for people with disabilities.”We have often heard from families who feel that they have been treated in disrespectful and dismissive ways by government officials, by provider agency staff and representatives and even by disability advocates,” he wrote in his most recent report to Gov. Murphy. “Their views disregarded. Their motives challenged.” Aronsohn continues,

I have a haunting feeling that many adults who need supports and services are effectively being shut out of the system.

He’s right. Jonah is shut out, and we’re lucky it’s only half-time; other NJ families share stories of a complete lack of services. Things were tough enough before the pandemic for our kids and their caregivers. Now things are worse: multiple day programs, which our adults depend on, can’t operate on full schedules because the state doesn’t offer competitive compensation to the staff members who take care of New Jersey’s most vulnerable citizens. The list for group homes (possibly mythical: our son’s been on it for seven years) remains endless because, really, who would work there when you can clock into Target or Amazon for $18 dollars an hour plus benefits?

We show how much we value people with disabilities by how much we value their caretakers. Bad look, New Jersey. Nearly two years after the onset of the COVID pandemic, the best we can manage is inconsistency.  Even pre-pandemic our expectations were higher; when our son was still in high school and was evaluated for job placements we were told not to worry because “New Jersey is an employment-first state.” That will be true when an aspirational slogan morphs into a meaningful program to support capable adults with disabilities. (Full disclosure: Jonah passed an interview for a union job–yes, a union job!–to work the graveyard shift in an industrial kitchen hurling plates into a dishwasher the size of a small house, conjuring images in my  head of Lucille Ball and Charlie Chaplin. This for a young man who panics at unpredictability and is burdened with working parents who can’t stay up all night while he decompensates on a factory floor. Thanks but no thanks although the perk of free steel-tipped shoes was very generous.)

Steve Sweeney completely understands the absurdity of this situation. We need him in Trenton. I’m guessing Lauren and Jonah agree. But who’s listening to them now?