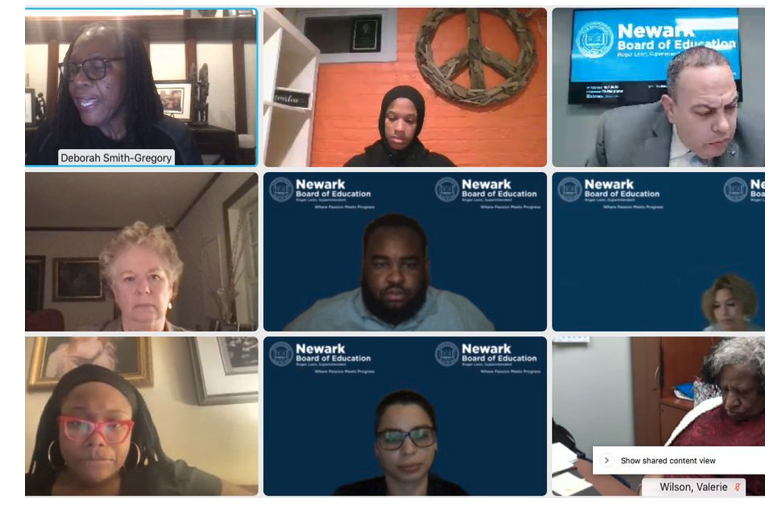 Earlier this week Chalkbeat-Newark published an exposé of the district’s dysfunctional Malcolm X Shabazz High School, where violence is so rampant that parents are afraid to send their children. (Current freshman enrollment is 58 students.) Our analysis noted that four hours after the Chalkbeat piece came out Superintendent Roger León’s office sent out a press release called  “Make Malcolm X Shabazz High School Your #1 Choice,” touting the school’s excellence and rigor. “There is no doubt,”  León writes, “that Malcolm X Shabazz is on the move and trending upward.” (Fact check: Nine out of ten students fail reading proficiency tests; the state withholds how many students are proficient in math “to protect student privacy” but Chalkbeat says it’s 3%. Shabazz is ranked #2192 out of NJ’s 2221 public schools.)

When I called León’s office for comment, I got a ringtone with no way to leave a message. When Chalkbeat writer Patrick Wall asked the Newark School Board president Dawn Hayes for comment, he got this:

This is how the Newark school board president responded to our story on serious safety & academic challenges at a local HS. Story is based on months of reporting, dozens of documents, 40+ interviews with parents, students etc. But sure, just dismiss the "outsider" and move on. pic.twitter.com/rNvjoORTXF

Pro-charter reporter? Blatantly false: Almost all of Wall’s coverage is about district schools.  And “It’s some fights?” Well, that depends on what your mean by “some:”

In October, a melee in the cafeteria sent the school into lockdown, according to students and videos. In a separate incident, two students punched and kicked a young woman as she cowered in a hallway, another video shows. In November, a gunman fired at students just after dismissal. Around the same time, a fight outside the school ended with a group of students stomping on a young man….According to student videos,’the principal, wearing a black suit, rushes into a crowd of dozens to break up a fight.’ In another, a young woman pummels a student on the floor of the main office. In yet another, four young men assault a fifth student in a stairwell. ‘The incident could be described as extremely violent and predatory in nature,’ the incident report reads.’

Meanwhile, it’s worth taking a closer look at León’s press release to try to align it with reality. Much of it boasts of the opportunities offered to Shabazz High School students, like the “4 AP courses available.” Yet in 2018-2019, according to the DOE’s database, there were 5 offered and not a single student got a passing score. León praises the “spirit of high expectations and in the quest of excellence” but doesn’t mention that the average SAT scores are 400 in reading and 389 in math, or that in Fall 2020 only 1 out of 3 graduates enrolled in college. Shabazz, he says, is the only Newark district high school to compete in the national geology competition; perhaps, but 93% of students fail the state science proficiency test.

The press release continues with a list of alumni in “leadership” roles. The first one listed is Board of Education president Dawn Hayes, who responded to Wall in the tweet above. The rest in this category are Dr. Marion A. Bolden, born in 1946; Newark Mayor and convicted felon Sharpe James, born in 1936; NYC Mayor Ed Koch, born in 1924, and State Senator Ron Rice, born in 1945. With the exception of Hayes, everyone else on this list attended Shabazz no more recently than half a century ago.

Yet León is exuberant, concluding his recitation of successful allumni with this: “and a super long list of simply incredible people.” We’re glad he’s so happy. We wish Shabazz students, staff, and families were happy too.