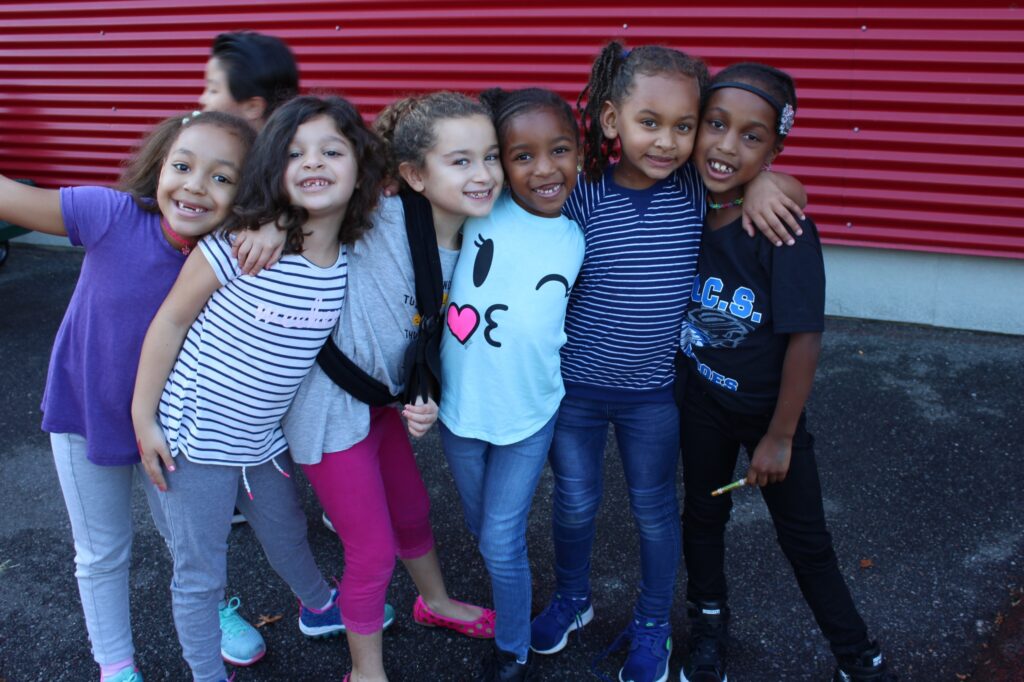 In other words, all students rise when parents have access to school choice.

That 2019 report was, of course, pre-pandemic. Currently there is a surge of interest in alternatives to traditional district schools after parents’ clear view into classrooms and a call for higher expectations instead of, say, New Jersey’s crusade to lower standards. Hence, according to the Census Bureau,  a “doubling of U.S. households that were homeschooling at the start of the 2020-2021 school year compared to the prior year.” Hence, Mike Bloomberg’s $750 million investment in new urban charter schools. Hence, Jeb Bush’s call today for a student and parents bill of rights that “secures their right to access, quality and transparency.” Hence, 18 states passing educational choice legislation in 2021 and increased interest in vouchers and Education Savings Accounts.

And, also tellingly, 240,000 U.S. students newly enrolled in charters since the start of COVID-19 school closures.

What makes Fordham’s report different? Instead of comparing, for instance, Newark’s charter school sector and Camden’s, researcher David Griffith uses large metropolitan areas. (His data comes from NCES’s Common Core of Data and the Stanford Education Data Archive.) This eliminates the bias of, say, a family moving to another address or transferring to a different school, “district switchers” who cross jurisdictional boundaries to attend charter schools. This approach also has a downside for states like ours, with Griffith’s focus on states with large school districts like Florida and Georgia–definitely not New Jersey’s crazyquilt of tiny districts. No news here on our 87 public charter schools that serve 60,000 students with another 20,000 on waitlists.

Yet this study is vitally important as we look for ways to boost student achievement and general well-being after the concussive effects of a global pandemic. In addition, the report looks closely at Hispanic students, a group Fordham says is “woefully understudied.” That’s particularly relevant to NJ: During the last decade our Hispanic population grew by almost half a million people, a growth rate of 29%, compared to our overall population growth of 5.7%. We need this information to best serve our students.

In other words, when more students attend charter schools, the entire metropolitan area sees increases in proficiency and decreases in achievement gaps, regardless of where students are enrolled. This “rising of all boats” pattern is especially pronounced in math. That’s critically important, given the also-new report from the math online program Zearn, used by 25% of all U.S. elementary students, that found while higher-income students are logging into their Zearn programs, lower-income students are not, resulting in greater learning losses among a population already behind.

Here’s an example from the Fordham report. This chart looks at a metropolitan area’s overall enrollment (“All”) and then looks at categories of students. (ECD means “economically-disadvantaged students,” or those eligible for free and reduced lunch. A solid bar is 95% confidence level and a striped bar is 90% confidence level.)  On average, an increase in total charter school enrollment share in a metropolitan area corrrelates with a “significant increase in math proficiency for poor and minority students.”

This increased math achievement is highest for Hispanic students and for low-income students, or ECD, regardless of where they’re enrolled in that large metropolitan area. Black students also show solid growth. From the report:

[O]n average, a move from zero to 10 percent charter school enrollment share—that is, a move that more than a dozen metro areas did make during the study period—is associated with a 0.25 grade-level increase in economically disadvantaged students’ average math achievement.

There are slight increases in reading (Reading Language Arts, or RLA) among all groups but not as much as in math.

Here we see the increases in achievement for RLA and math for white, Black, and Hispanic students enrolled in charter schools. 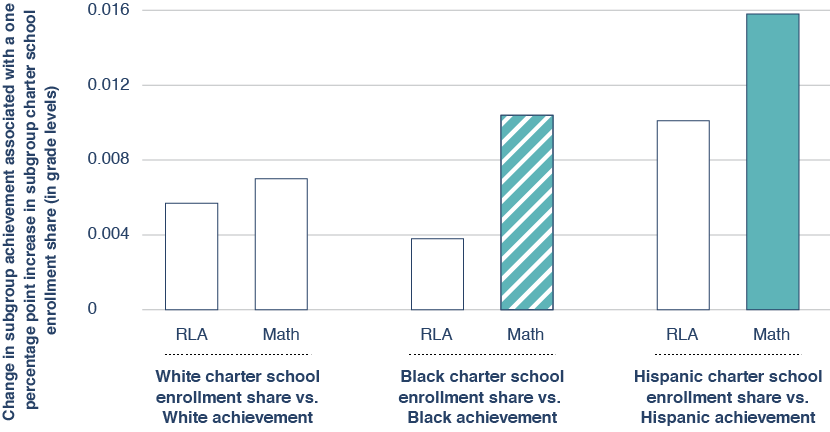 It’s not hard to connect the dots: the United States is reeling from a pandemic that has widened and deepened achievement gaps that were already pernicious while depressing the achievement of most students. Getting more children into charter schools could help reverse those dire trends.

It’s simple, right? Except it’s not, at least in New Jersey. Currently the Latino Action Network is suing the state under the pretense of school segregation, claiming that charter schools exacerbate our very segregated school system (remember the crazy quilt of tiny districts?) because—wait for it—charter schools in cities like Newark and Camden and Trenton enroll so many Black students. Well, duh, the neighborhoods where these public charter cluster are predominantly Black. The schools reflect the neighborhood. When is the Latino Action Network going to sue Millburn and Princeton school districts for being predominantly white?

I wish the plaintiffs in that lawsuit –as well as the charter-unfriendly Murphy Administration—would explain to NJ’s parents why their kids shouldn’t have access to higher-performing schools. But they can’t because the data supports families’ search for higher-quality schools, not anti-choice lobbyists, as clearly illustratred in this new report. Breaking: DOE is Delaying Standardized Tests Until April (at Least)