In Wall Township, Colleagues Told Him To Get a Holocaust Number Tattooed On His Arm 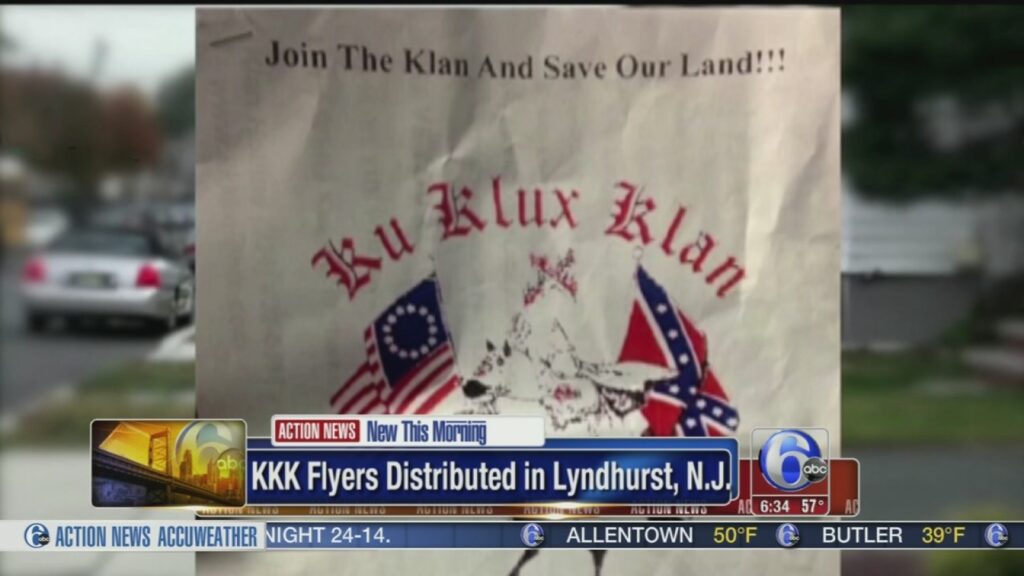 In 2016 Brandon Jacobs, a public works and tax collector’s office employee in Wall Township, filed a lawsuit against his Monmouth County municipality documenting a series of anti-semitic offenses. In the suit he said he “endured having his co-workers and superiors continually barrage him with anti-semitic comments on a near-daily basis.” His examples included:

Wall Township settled Jacobs’s suit for $1.25 million and a non-disclosure agreement but, as the Asbury Park Press’s Joe Strupp explains, “the town has agreed to millions of dollars more in settlements with former employees, who filed their own acrimonious lawsuits alleging similar discriminatory behavior by their colleagues at town hall.”

What’s going on in Wall? For starters, this is the same town where in the 1920’s the Ku Klux Klan built a community called “The Pleasure Seekers Association, the same town where 25 years ago students at Wall High School  distributed an “offensive 20-page underground paper containing numerous derogatory remarks about as many as 200 students, ridiculing them in a variety of disparaging ways, and using racial, ethnic and sexual slurs, as well as pornographic images,” the same school district that made worldwide news when a teacher was reprimanded for removing MAGA images from the high school yearbook and where currently the district is in crisis after sordid allegations that older high school students on the football team hazed, bullied, and sodomized younger teammates.

How bad is it?  The Wall school board just stopped live-streaming meetings because at the last one parents were shouting  “F–k you!” at board members.

Children inhale hate like they inhale air. Suzy Hansen, reflecting on her childhood in Wall, writes, “the world was white, Christian; the world was us.” And,

Look, it’s way too easy, from my perch in a Central Jersey town blessed with diversity, to, well, wall off Wall, isolate its xenophobic, racist, antisemitic, bullying history as some sort of Jersey glitch.

But Wall behavior isn’t isolated to Wall. In just the last week, local news outlets have reported on a variety of troubling behavior within NJ schools, and not just in South Jersey (disproportionately white and Trump-ish). Here’s a short list:

Our schools are a reflection of our homes and our communities. Adults exhale air and children breathe it in. And, no, it’s not all on Trump–he’s the symptom, not the cause. Physician, heal thyself.

Davy to the Rescue Woodbridge Parents Plead for a Remote Option As Scientists Investigate Nipping Away at NJEA