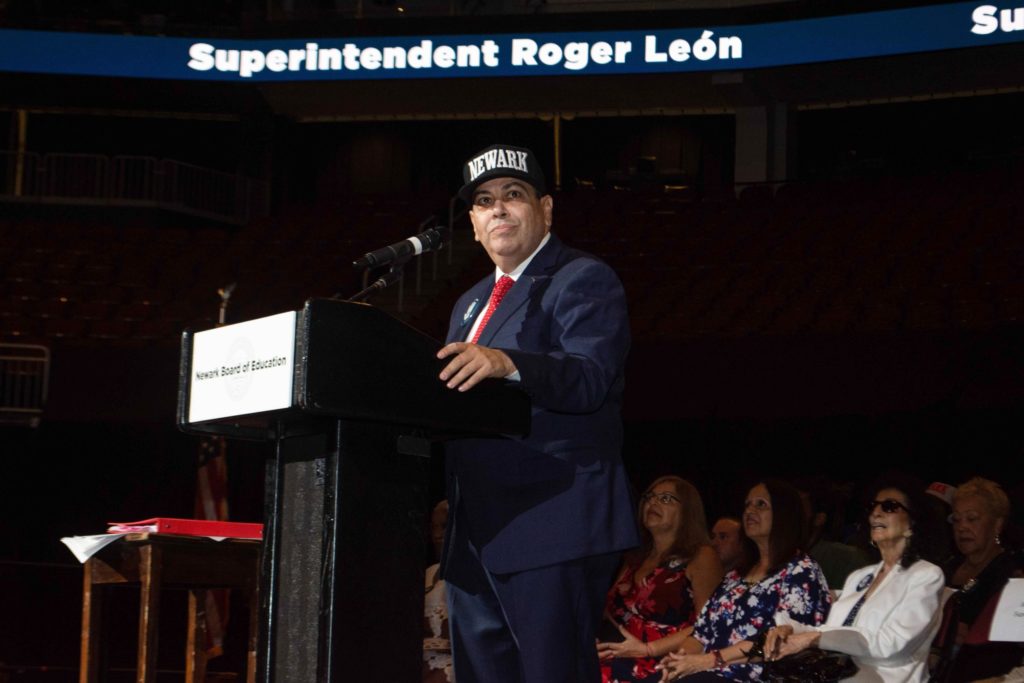 Newark Public Schools District just released the most recent scores on the in-district assessments that measure student learning. According to Patrick Wall at Chalkbeat, “Newark students have made scant academic progress so far this school year, according to sobering new test scores that underscore the severity of the pandemic’s toll on student learning and the extraordinary measures that will be required for students to recover.”

Based on mid-year assessments, no more than 6% of students in any grade from 3-7 are expected to reach the “proficient” level on the state math tests slated to begin next month, according to data that Newark Public Schools officials shared last week. By contrast, 27% of students in grades 3-8 met the state’s benchmarks on the annual math tests in 2019, before the pandemic shut down schools and drastically curtailed learning.

“It sure doesn’t look like kids are catching up,” said Thomas Kane, an economist at the Harvard Graduate School of Education, who at Chalkbeat’s request reviewed some of the data officials presented at last week’s Newark school board meeting.

Newark uses the highly-regarded MAP formative assessments designed by NWEA, which describes them as providing “accurate, and actionable evidence to help target instruction for each student or groups of students regardless of how far above or below they are from their grade level.”

Here are some slides presented by Superintendent Roger Leon at last week’s school board meeting that give more information.

Note: the bars below extend to the edge of the slide, possibly giving the impression that students are doing better than they are. The one at the top, for instance, extends far out but shows that only 5.8% of second-graders will reach proficiency in math. In this slide you can see the percentage of students who will most likely be proficient in reading by the end of the school year. The highest percentage is 10.2% of third-graders (second bar) and the lowest is 6.4% of fifth-graders in the fourth bar from the top. 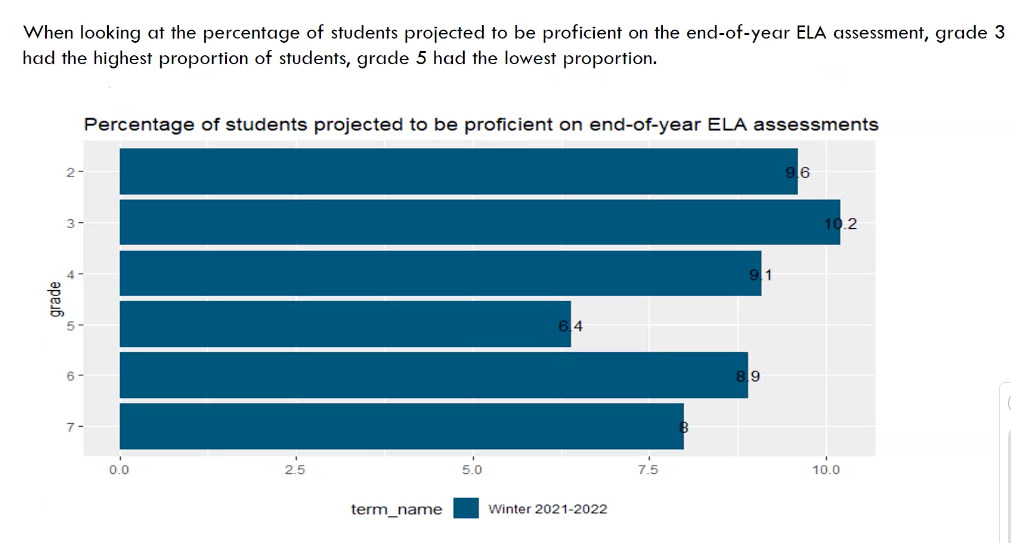 This slide is the percentage of students who made the expected amount of progress in math, science, reading, and writing. Again, note that the highest bars translate to lower percentages than one might anticipate. Also, there’s no consistency in representation. Example: the high pink bar on the left (Math K-12 Fall ’20-21)  shows 25.1% of students meeting growth targets. The high pink bar on the right (Math K-12 ’21-22) is almost as high but peaks at 19.6%. In other fiscal Newark news, the district announced its budget will be $1.2 billion next year, an increase from last year’s $146 million. This is, in part, due to the state school aid budget, which added $120 million to Newark’s allotment. Newark also has $282 million in federal aid to help students recover from pandemic-induced learning loss.

On N.J. Public Education: “We’re spending enough to buy a