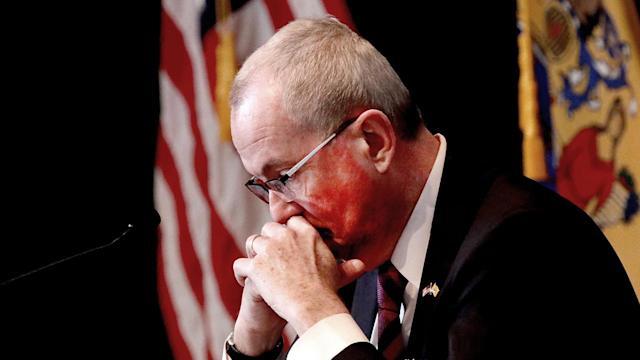 Gov. Phil Murphy just announced “he’ll direct the state Department of Education to “review the standards and provide further clarification on what age-appropriate guidelines look like for our students.”

And this afternoon, reports Matt Friedman at Politico, Murphy issued this statement:

Unfortunately, our learning standards have been intentionally misrepresented by some politicians seeking to divide and score political points. At the same time, we have seen a handful of sample lesson plans being circulated that have not been adopted in our school districts and do not accurately reflect the spirit of the standards. Any proposed educational content that is not age-appropriate should be immediately revised by local officials. It is paramount that our standards also promote inclusivity and respect for every child, including LGBTQ youth.

He added, “in New Jersey, parents always have and always will have a say in their child’s education, which includes opting their child out of any health lesson that they would rather discuss in the privacy of their own home.”

At a time when we must prioritize student mental health and academic recovery in the wake of the COVID-19 pandemic, it is paramount that our standards also promote inclusivity and respect for every child, including LGBTQ youth.

In an email, Department of Education spokesman Mike Yaple wrote the standards are “designed to ensure that all students acquire the health and physical literacy skills needed to pursue a life of wellness at developmentally appropriate ages, including knowledge and skills related to sexual health. Any allegations to the contrary misrepresent the standards.” Yaple also reiterated that the state DOE “does not mandate specific curriculum,” and “it is the responsibility of local school districts to create curriculum, tailored to and in consultation with their communities.”

Indeed, matters of curricula are handled by local school boards. While changes in curricula are voted on in public under the heading “Superintendent Recommendations,” they are typically discussed privately in committee meetings and adjusted accordingly. New Jersey requires each high school graduate to take three years of health, safety, and physical education during their four years of high school. It’s unclear if school districts would have to create alternative coursework for students whose parents opted them out of health classes.