Murphy, Says New Report, Is Eyeing the Presidency While Cheating Students and Teachers 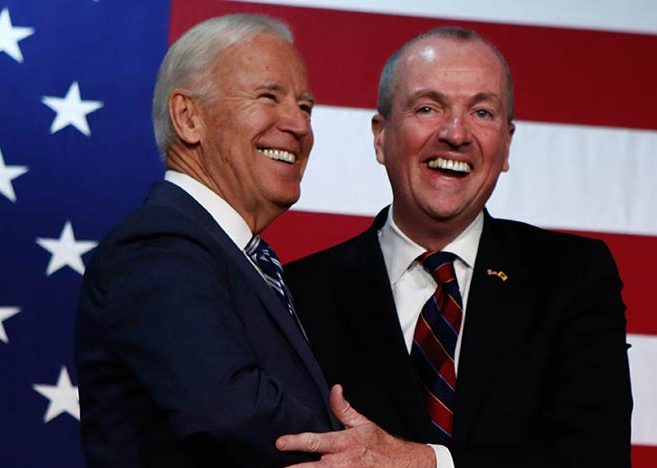 Mike Lilley of Sunlight Policy Center of New Jersey has a new analysis out called, “Before You Go, Gov. Murphy, There Is Some Unfinished Business in the Garden State.” In this report Lilley hones in on evidence that Murphy is contemplating a presidential run and lists “four major problems that remain unaddressed”:  pandemic-related learning loss; an underperforming economy and weak jobs recovery; worst-in-the-nation structural budget deficits; and “unreformed and severely underfunded” public pensions. In this summary, we’ll stick to education issues, which, in Lilley’s telling, are born from the Governor’s fidelity to New Jersey Education Association lobbyists.

Tammy Murphy, the Governor’s wife, and a “top administration staffer” have launched two Super PACs (political action committees) that can “raise and spend unlimited amounts of money to support issues, groups and candidates across the nation.” Because the PACs are 501(c)(4)s, they don’t have to disclose their donors; therefore, “they are ideal vehicles to garner early support.” (Matt Friedman of Politico keeps a running tally of how many days it’s been since Murphy declined to disclose the donors; today is Day 58.) These new PACS are similar to the PAC Murphy started to support his 2021 gubernatorial run: New Directions, it turns out, has raised $13 million–the best funded PAC in NJ–and 80% of New Direction’s donations come from NJEA.

Lilley quotes a variety of sources that validate the crisis in NJ’s public education system.

“Murphy has the resources: $2.8 billion in federal dollars to address learning loss through the Biden Administration’s American Rescue Act.. Appropriately, the legislature required the DOE to track how the money is being used. But there is no DOE plan. Again, Morgan: “I would love to hear what the state’s plan is for tracking these federal funds and weighing whether schools are really being effective in spending them.” The Star-Ledger is more direct in its criticism: the DOE “has done virtually nothing to track the $2.8 billion in federal dollars going directly to schools that can be used for learning loss.”

Yet Murphy’s DOE did not even  show up to recent legislative hearings on the issue.

And the DOE was AWOL during the most recent omicron surge. According to a report by the Star-Ledger’s Adam Clark, nearly 600 school districts and 100 local health agencies interpreting and enforcing their own rules led to “one of the most chaotic and disruptive weeks in education since the previous winter.” More than 100 school districts– one in six – were forced to shift to remote learning for as much as two weeks after the Christmas holiday. This total included three of the state’s largest districts – Newark, Paterson and Camden – in areas where learning loss had already hit the hardest and working parents had limited childcare options. According to NJ Education Report, the widely-used, remote-learning math program Zearn reported: “Students who missed the most learning during the 2020-21 school year are now missing the most again.”

Clark describes the Murphy’s administration as leaving schools “flailing without timely, decisive guidance.” He quotes the president of the New Jersey PTA: “Our school districts and building leaders are getting mixed guidance or no guidance at all.” Former State Senate Democratic majority leader Loretta Weinberg concurred: “schools need more guidance from him [Murphy] – ‘a lot more.’”

Richard Bozza, executive director of the New Jersey Association of School Administrators: “These were all predictable things, and we should have and could have done better and done more to prepare for this.” For example, the legislature anticipated that school nurses would need help in any resurgence of COVID and passed a law in 2020 that created a consulting position within the DOE to provide guidance, but the position remains unfilled nearly two years after the law was passed. Clearly, filling it was not a priority of the Murphy administration.”

“At the end of FY2020,” Lilley explains, “TPAF’s was only 24.6% funded, one of the very worst-funded public pensions in the nation. In other words, New Jersey had less than 25 cents set aside for every dollar owed to retired teachers. At that point, TPAF was bleeding assets while its liabilities increased and was on a path to near-term insolvency.”

But then we got all that COVID emergency aid so this year Murphy put $6 billion into TPAF, the first time any Governor made a full pension payment. Problem solved, right? Not so much. Murphy’s prospectus assumes that all governors will continue to fully fund TPAF until 2047, which Lilley considers unlikely. He concludes, “even with record investment returns and unrealistically rosy assumptions, TPAF remained only 35.6% funded. In other words, New Jersey’s largest public pension fund is still in crisis.”

At the end of the report, Lilley asks if Murphy will finish the work to solving these four problems–after all he’s “so proficient when it comes to supporting his own election campaigns”— and concludes the answer is “no.”

Why? Because the Governor seems exclusively focused on pleasing NJEA leaders, who bankroll his campaigns.

And no wonder: after all, “Murphy’s quid pro quos for the NJEA’s backing are numerous and consequential: the millionaire’s tax, increased corporate taxes, increased education spending, blocking charter school expansion, eliminating the PARCC exam, making a record pension payment, no reform of the pension system, so-called Chapter 78 relief, enhanced bargaining rights for education support personnel, among others. All were NJEA policy priorities. NJEA Vice President Steve Beatty summed it up: ‘There is no governor in the nation who has worked as closely and collaboratively with public employee unions than Gov. Murphy.’”

Lilley argues that this sort of close “collaboration” hurts low-income parents by limiting their school options, hurts students by crippling the DOE, and hurts NJEA members by weakening their deferred compensation pension plans. Advocates Demand That Murphy Administration Provide Equity for Adults With Big Mess at Murphy’s Ed Department: Some Students Were Tested “We Were Begging For Decision-Making From the DOE”: NJ Superintendents