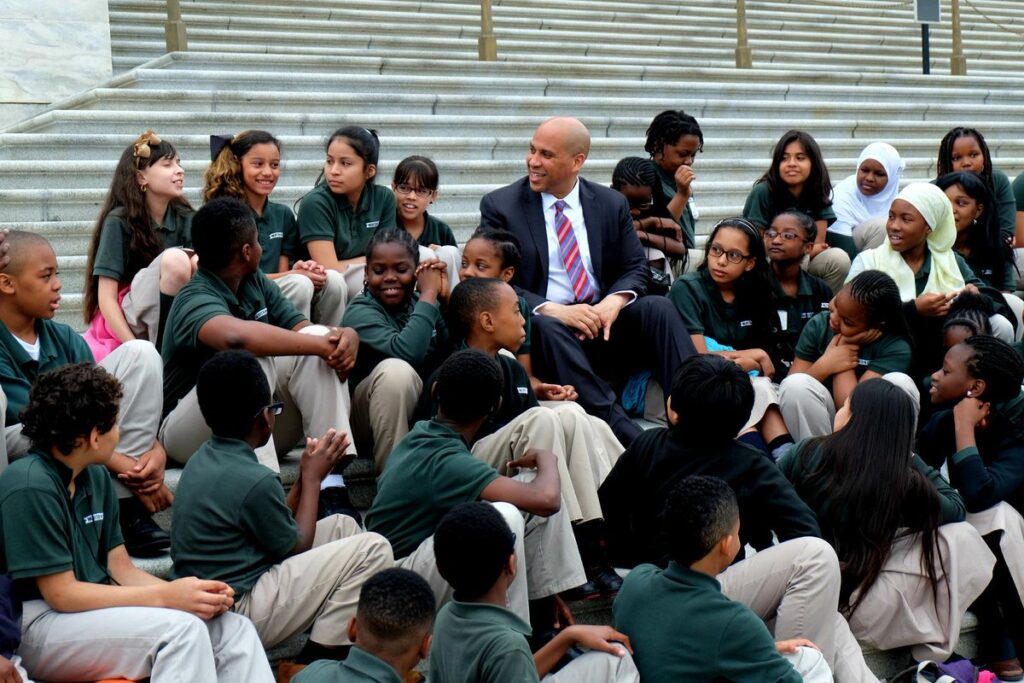 Michael J. Petrilli is the president of the Thomas B. Fordham Institute. David Griffith is the institute’s associate director for research and the author of ”Still Rising: Charter School Enrollment Share at the Metropolitan Level.” Kyle Rosenkrans is the executive director of the New Jersey Children’s Foundation.

How many of Newark’s students deserve a spot in one of the city’s seventeen publicly-funded and generally high-performing charter schools?

If you answered “one in three,” then perhaps you welcomed Governor Murphy’s recent decision to block the expansion of three Newark charter schools, including one of its oldest and highest performing networks, North Star Academy. However, if one in three strikes you as arbitrary and constraining, then you should not be satisfied — particularly at a time of unparalleled concern about the academic trajectories of traditionally disadvantaged students.

For years, research has shown that enrolling in urban charter schools boosts the academic achievement of low-income, Black, and Hispanic students, including those in Newark. For example, the Center for Research on Education Outcomes estimates that, on average, students in Newark charters gain 44 days of learning per year in reading and 31 days of learning in math.

And contrary to the common accusation that charters negatively impact student achievement in traditional public schools, most research suggests that charters’ effects on traditional public schools are positive. For example, one relatively recent review of the evidence on this topic identified three studies that found negative effects and nine studies that found positive effects.

One obvious implication of these two findings — that urban charters boost both their own students’ achievement and that of children in nearby traditional public schools — is that the growth of charter schools boosts overall achievement.

Now, two new studies — one by one of our organizations and another by researchers at Tulane University — have demonstrated this conclusively, while also shedding new light on how charters are affecting specific student groups and outcomes.

First, both studies find that charter schools’ overall effects are positive — especially in math and despite the fact that they now operate at a scale where many education reforms flounder (see the latest pre-K research).

Second, both studies find that charters are most effective in major urban areas, as does a great deal of prior research. The factors that account for this pattern, from union politics to differences in human capital, could probably fill several books. But regardless of the explanation, the pattern is clear — and highly relevant to students in Newark.

Finally, both studies find that poor and minority students see big gains. For example, according to our study, a move from zero to 10% charter school enrollment share boosts low-income students’ average math achievement by about a quarter of a grade level. What’s more, further increases in charter penetration seem to yield additional gains (though of course, every community’s experience is slightly different).

In short, an overwhelming body of rigorous research suggests that charter schools are a win-win, especially in major urban areas and for poor and minority students. So please, Governor Murphy, listen to the evidence and let Newark’s many high-performing charter schools expand. New Study: Newark Public Charter Schools Do Not ‘Push Out’

Will a Vote for Buono Protect Collective Bargaining and Charter