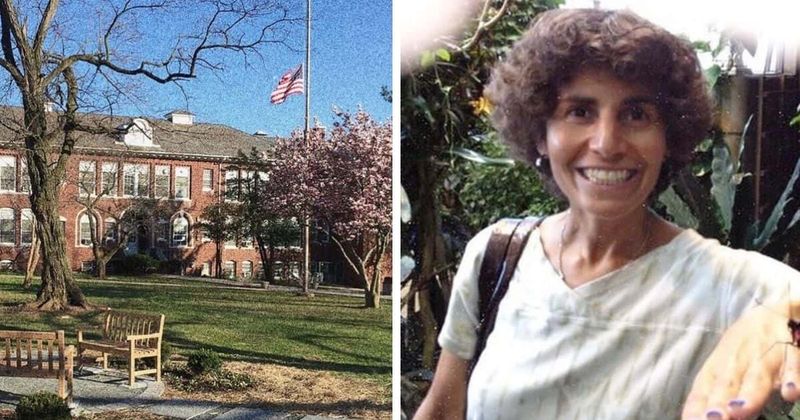 Last night at the South Orange-Maplewood School Board meeting, resident Talya Rothenberg demanded that the School Board formally apologize to Tamar Herman, an elementary school teacher who was falsely accused last October of taking a second-grader’s hijab off. The purported incident unreeled across the Jerusalem Post, NBC, Twitter, Facebook, and Instagram, especially after Olympic fencer Ibtihaj Muhammad, who attended South Orange-Maplewood schools, posted, “imagine being a child and stripped of your clothing in front of your classmates. Imagine the humiliation and trauma this experience has caused her. This is abuse. Schools should be a haven for all of our kids to feel safe, welcome and protected— no matter their faith.”

Even Gov. Phil Murphy tweeted about it. Many media outlets made reference to the fact that Ms. Herman is Jewish.

Rothenberg described the SOMA School Board’s “rush to judgement” that was “biblical in proportion.” She reported that in January the child’s mother went to Ms. Herman’s door and apologized, saying “this is just a total misunderstanding” and that her child loves her teacher and misses her. Rothenberg concludes, “It is time now [for the School Board] to make Ms. Herman whole” by rectifying the “injustice you perpetuated.”

In January the Essex County Prosecutor’s Office investigated the allegation that Tamar Herman pulled a child’s hijab off and concluded, “there is insufficient evidence to sustain a criminal prosecution in this case.”

Here are Rothenberg’s full remarks, which you can also watch at the 31:10 mark in the video below:

“Everyone in Maplewood has heard about the Seth Boyden Elementary School teacher accused of ‘ripping off a child’s hijab.’ The rush to judgment was in biblical proportions. Immediately the Board of Education posted information about Islamophobia, as if this was Ms. Herman’s position. Ibtihaj Muhammad posted her name and picture. Rabbis in thie town posted about their outrage, as if this was the truth.

Tragically Ms. Herman was accused of Islamophobia instead of what shereally was: a caring teacher who wanted everyone in her classroom, regardless of race or religion, to be learning , including a child who had something that was covering her eyes.

Ms. Herman’s reputation, livelihood, and life as she knew it were forever dismantled and destroyed. She and her children’s lives were threatened and she is literally afraid of walking into our towns of Maplewood and South Orange. .

Today I want everyone to listen very carefully. The BOE may know this but not the community. On January 28th, the mother who originally accused Ms. Herman of this heinous act knocked on Ms Herman’s door. And she apologized. She apologized as she said the following: “This is just a total misunderstanding. My daughter loves you. She misses you. She talks about you all the time.”  Ms Herman replied, “I love your daughter too.” Later in the coversation the mother acknowledged that her daughter makes things up.

This is the truth and yet the injustice is undeniable. It is time now to make Ms. Herman whole. Tamar Herman gave over 20 years of commitment to Seth Boyden School. I am demanding, many of us are demanding, that you publicly apologize and clear Ms. Herman’s name, that you take care of her for the injustice you helped perpetuate. Do right by her. No teacher should ever have to endure death threat, living in limbo, and being excommunicated from her community for trying to help a child learn. I urge others who are as outraged as I am to speak up.” Why Is New Jersey One of Only Four States That