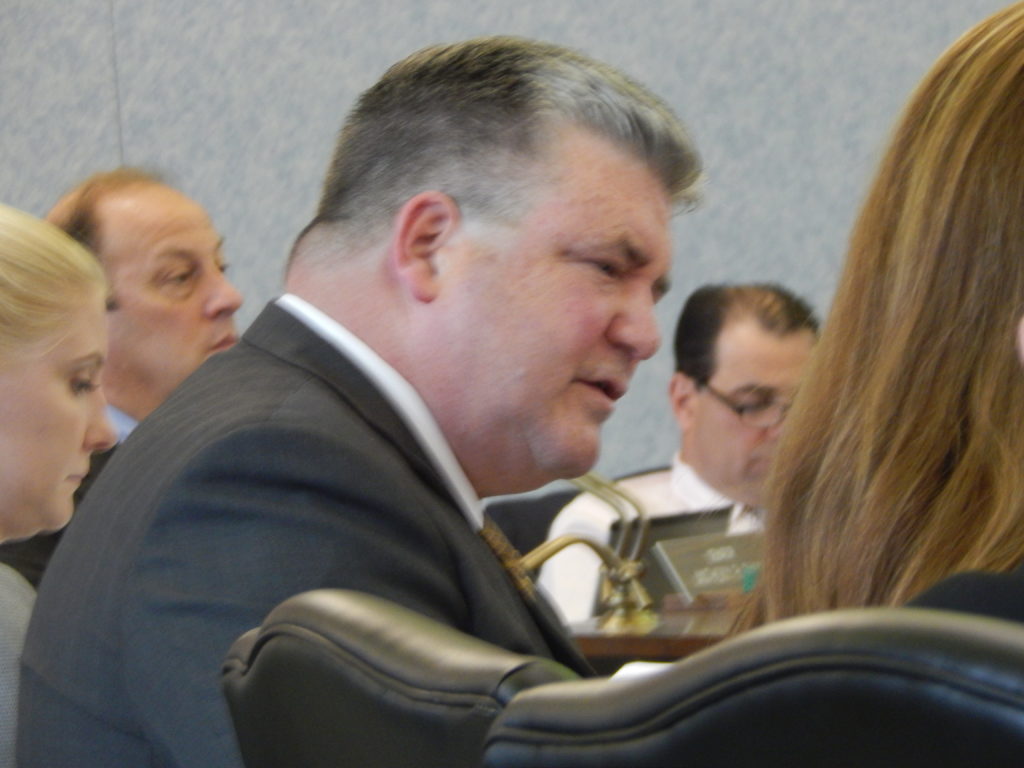 This is a press release from New Jersey Senate Republicans. Photo courtesy of InsiderNJ.

“Governor Murphy and New Jersey Democrats are trying to strip away parental rights in education,” said Republican Leader Steven Oroho (R-24). “Senate Republicans want to ‘Give It Back’ and have proposed the ‘Three Rs’ to fix our children’s broken curriculum and learning standards: repeal, replace, and restore.”

The comprehensive proposal follows a public uproar as parents began to learn of the extreme new sex education and diversity and inclusion lesson requirements enacted by Democrats that New Jersey schools must begin teaching to children of all ages this fall.

Senate Republicans had urged Governor Murphy to suspend the implementation of the controversial curriculum guidelines and called for the New Jersey Senate to hold emergency public hearings to address the legitimate concerns of parents, teachers, and school communities.

While Governor Murphy responded to the pressure by calling for a clarification of the sex education requirements, the superficial response issued by the New Jersey Department of Education just a day later proved to be little more than a weak attempt to paper over parents’ concerns.

“Unfortunately, it seems unlikely that the Murphy administration will take any additional steps to address parental concerns about sex ed curriculum and learning standards unless forced by the Legislature,” said Oroho. “Our solution to the inaction of New Jersey Democrats is the ‘Three Rs’ plan to repeal, replace, and restore. Republicans want to give parents the voice in education they deserve.”

Oroho said Republican senators have heard concerns from both parents and teachers about the new learning standards that must be implemented by school districts and teachers this fall through new curricula and lesson plans.

“Parents are telling us that sample teaching materials they’ve been provided are age-inappropriate and extreme, especially when it comes to lesson plans to teach gender identity to young children,” said Oroho. “We’ve also heard from teachers that they have too many mandates that leave them with too little time to focus on core topics such as reading, writing, science, and math. Our ‘Three Rs’ plan addresses all of those concerns and will help teachers get back to basics in their classrooms.”

The “Three Rs” Plan to Give Back Parental Rights in Education

Repeal: We should immediately repeal the new sex education standards that were adopted by the unelected State Board of Education. We should remove sex education completely from state learning standards and require school districts to develop standards locally with the input of parents and the community.

Replace: We should replace recently enacted diversity and inclusion legislation that requires controversial topics, including gender identity and implicit bias, to be taught to children in every grade. To address the concerns of parents that these requirements are not age-appropriate, we should replace the law to limit the requirement to high school students.

Restore: We must restore the rights of parents to have a voice in their children’s education. That means empowering parents with additional information and control over the curricula, lesson plans, and teaching resources that may be adopted or used by their schools, and recognizing the fundamental right of parents to control their children’s education and to maintain family privacy.

Possible solutions could include the following: This NJ School District Will Pay a No-Show Employee $1.1