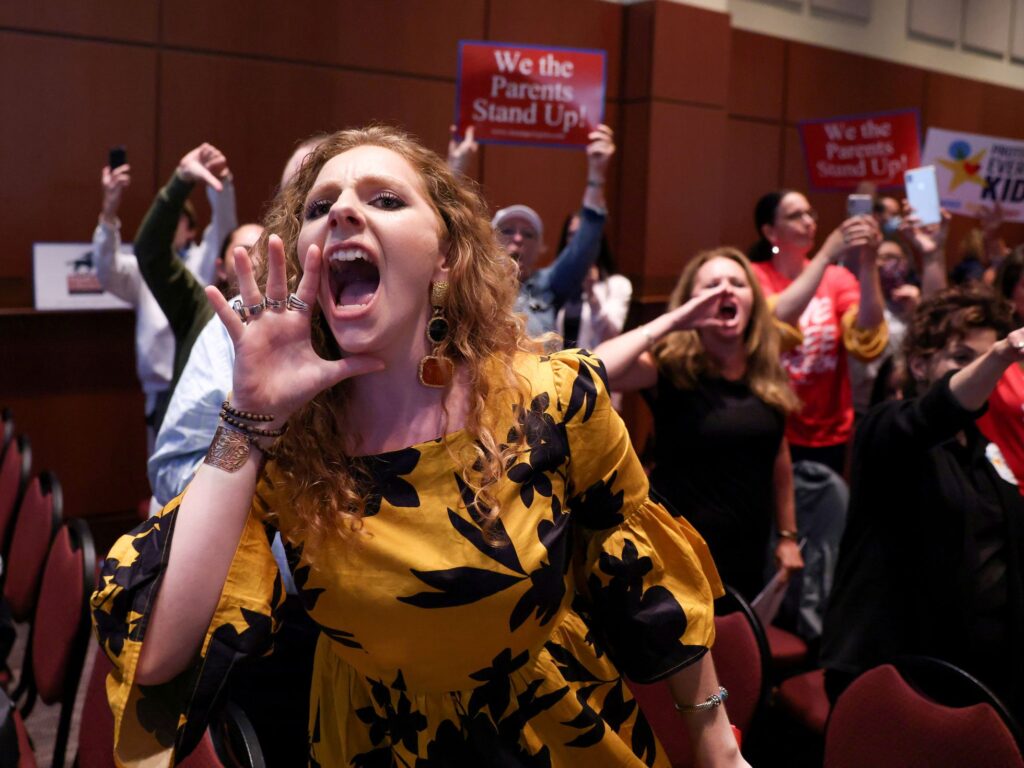 Laura McKenna is an education writer based in New Jersey. You can find her at www.lauramckenna.com. This was originally published at Laura McKenna’s Newsletter, Apt. 11D.

Knowing that I have a big mouth, a local teacher called and asked that I publicize the fact that our local schools do not have enough substitute teachers or classroom aides, and that this situation was having a huge impact in the classroom. Another teacher who teaches in the specialized autism program in a nearby public school told me that the lack of support staff had reached such critical levels that neither the students or teachers were safe. Without the right support, kids were having serious meltdowns, and people were getting hurt.

My friend, the local teacher, said that staff in our town were quitting and taking jobs in other towns that paid benefits and higher wages. To help her out, I lit some bombs on the five Facebook pages for our town. (Fun!) A few weeks later, the topic was discussed by the school board. The superintendent said that they didn’t have the funds to increase salaries for support staff. An increase of $2 more per hour would cost the school district a quarter million dollars.

When you think about school workers, most people tend to think about union-protected teachers. In truth, there are a whole lot of other workers in the building who work for minimum wage with no benefits and with no union support. They’re leaving. Not just for better paying school districts, but for the private sector, which offers higher salaries and signing bonuses. Sad to say, there are more opportunities and more respect in an Amazon warehouse than in the back of a classroom. Bus drivers, substitute teachers, classroom aides are essential workers. Without them, schools fall apart.

The problems in public schools are mounting: a fluid workforce, culture wars over curriculum, and pissed, mobilized parents. Together, those problems are a perfect storm that could topple a century old institution. Twenty years ago, I wrote my dissertation on the politics of school vouchers. The conclusion discussed why the privatization of education would not happen in our country, despite the efforts of a diverse group of supporters. Today, I am less certain of that conclusion.

Here in New Jersey, there was a lot of drama last week around whether schools were going to implement a new sex-ed curriculum for elementary students, that would introduce kids to gender-fluidity and transgender identity. The uproar of twitter grew so great that Governor Murphy was forced to take a public position on the topic. (What exactly is that position? I have no idea. You can check out his word-salad response here.)

Across the country, the headlines about schools revolve around banned books, sex education, critical race theory, while ignoring bread-and-butter issues like literacy. Reading curriculum just isn’t as sexy as, well, sex education. People are dominating school board meetings and state legislatures with speeches, pro and con, on these topics. And, as a result, everyone loses faith in the institution.

In my state, parents never recovered from school shutdowns. They are forming permanent groups, learning new organizing tactics, exposing serious problems in schools, and demanding (expensive) remedies. Those that can afford it are taking their kids out public schools entirely. They’ve voting with their feet. Homeschooling is surging. Will those pissed-off, former public school parents vote in favor of the next bond initiative? Probably not.

Let me tell you, the situation in special education, as someone who has a front row seat in this area, is not good. Those kids were not properly cared for or educated during the pandemic, and without aides, they are still not being educated. Slowly, the families of special ed kids are being educated by local law firms about their rights, and they’re suing school districts. We don’t really know how many families are suing, whether they’re winning, and whether they are winning big settlements, because families are usually forced to sign NDA’s after winning their cases. But the low key buzz is that lawsuits are happening, and the public schools are being forced to pay out.

I suspect that these public school pressures are higher in communities like mine. Women have more jobs opportunities with much higher salaries in suburban/urban areas, than in rural areas where the options are working at the mill or teaching third grade. Around here, there are also more educated, politically engaged parents, who (rightfully) demand a seat at the education table and hire $300 per hour lawyers. (I have made poor career choices.) There are more private schools to offer competition to public schools.

These problems aren’t just hitting schools. NBC had a segment on the evening news this week saying that the IRS can’t find workers. It took me months to get Ian’s paperwork processed for his disability payment from the Social Security office. I’m still not done. After an hour on hold yesterday, the worker who finally picked up the phone said they are extremely short staffed.

Government can’t afford any workers right now – not teachers, not accountants, not form fillers. My guess is that we’re going to be faced with some tough choices in the next year: higher taxes or the continuing erosion of government services. As a family that really needs government support and public colleges for our son with autism, I am highly concerned.

QOD: The Impact of a Chronically-Failing NYC School