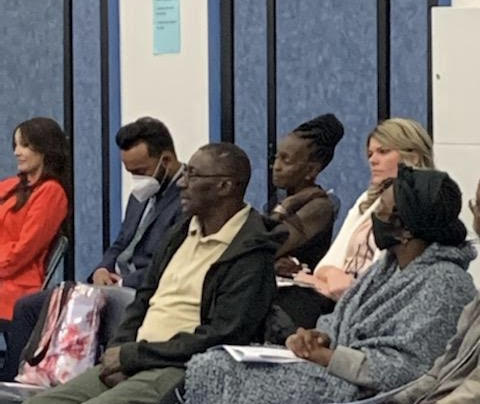 In more Asbury Park news, a group of staff members sent NJ Education Report a list of new or newly-assigned Central Office personnel whom, they believe, are part of the district’s culture of a top-heavy Central Office. This pattern became apparent during the administration of then-Asbury Park Superintendent Lamont Repollet, who left in 2018 to become Gov. Murphy’s Education Commissioner; in July 2022 he was appointed President of Kean University. Currently Asbury Park is #1 in its peer group for the ratio of administrators to faculty and students.

These staff members, who wish to remain anonymous, are especially aggrieved because at Wednesday night’s Asbury Park School Board meeting, current superintendent Rashawn Adams laid off 28 employees who work directly with students and withheld the contractually-negotiated raises of others.

It’s worth noting that Asbury Park school district currently enrolls 1,700 students, the size of some high schools, yet continues adding Central Office staff. Adams recently told the Asbury Park Press that due to declining enrollment and state aid cuts, “reductions will occur across the board as our footprint is decreasing.” The proposed 2022-2023 district budget is just under $52 million. That comes out to about $30,588  per student for next year (including, of course, every possible overhead but still…).

It’s also worth noting that the State Department of Education has posted a “Monitor” at Asbury Park for the last fifteen years at taxpayer expense in order to improve district function and student outcomes. The current monitor is Carole Morris, who has been there since 2014. Here salary then was $171,000, in addition to her annual pension of $141,611. Morris is there to hold the district accountable. She doesn’t.

These staff members also point out that (another?) Director of Curriculum and Instruction, Edwin Ruiz, has no background in curriculum. He makes $154,500.

What was the mood Wednesday night as the School Board approved Adams’ recommendations to lay off 28 staff members? One teacher told me, “not a single person from the top-heavy central office administrators bothered to come.” Also, the first half of the meeting overlapped with parent-teacher conferences at two elementary schools but there were no building administrators there to greet parents or help teachers.

A community member posted this:

“Mrs. Bray” also made note of Board member Joe Grillo, who dared to ask a question about the lay-offs: 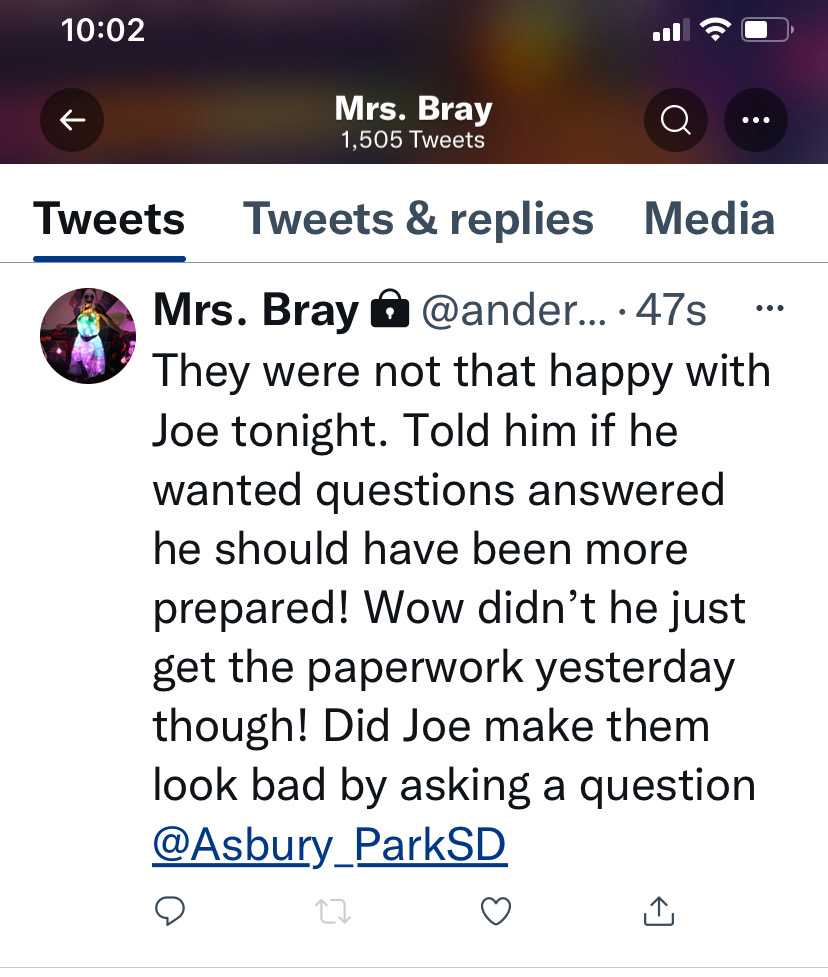 Meanwhile, according to the state’s quick reading and math assessments taken last fall, only one in four Asbury Park 10th-graders met expectations in reading and almost every fifth-grade and eighth-grade student failed the math test. One teacher said, “Our students don’t know simple math or are so below grade-level in reading they may never catch up.”

Is anyone paying attention?

Latest From Asbury Park: Would You Work There For $85