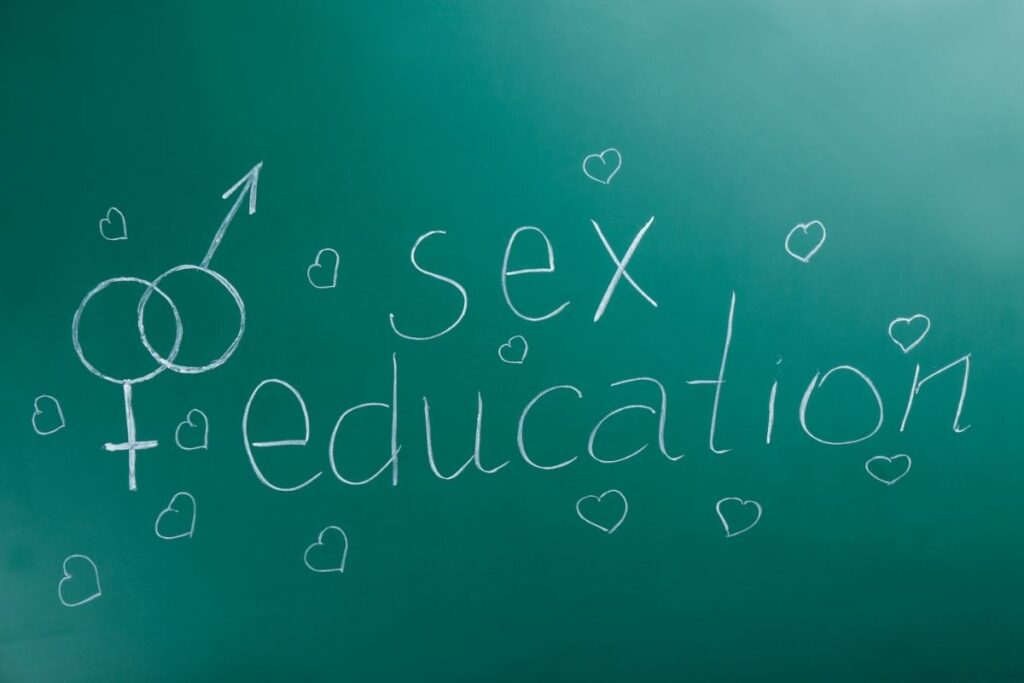 This morning the 13-member State Board of Education had a heated discussion about New Jersey’s health and physical education student learning standards, approved in June 2020 and set to be implemented this September. (Details here.) The meeting follows last night’s letter sent to  Gov. Murphy’s Acting Commissioner Angelica Allen-McMillan requesting that the state Department of Education reconsider the standards to allow for more public comment and collaboration.

An inside source told NJ Education Report that when the Board received the updated standards in June 2020, they saw a slightly revised version of the 2014 standards. Yet what went out to the public was “radically different” than what the Board voted on. The DOE, the source said, “is trying to ‘nod and wink’ but things need to be taught and students will miss out on important topics.

Here are  highlights from the Board’s discussion.

President Kathy Goldenberg said the new standards “have a lot of important information for students,” yet “we have to be clear to the public.” One out of four New Jersey females are sexually abused by age 18 and she’s concerned that Allen-McMillan told parents they can opt their children from this instruction. “Encouraging opting out is dangerous,” she said. It sends the message that, while the standards are there, local school districts don’t have to follow them.

While Goldenberg didn’t sign the letter to Allen-McMillan, those who did express similar concerns: “[W]e are troubled by your counseling of parents that have issues with the standards to opt out. While we believe it should be the right of parents to opt out, we are troubled that so many find the standards as written to include provisions that would prompt them to opt out, resulting in their children missing so many of the important and less controversial topics that would benefit their children.”

Vice President Andrew Mulvihill, one of the letter’s signatories, said he was “encouraged” when three weeks ago Gov. Phil Murphy said, while he thought the standards had been “intentionally misrepresented” he was “willing to entertain” a review. The 5-month public comment period, Mulvihill noted, was during the start of the pandemic when people were “distracted.”

“What I keep hearing” from constituents, he said, is “there are people who fundamentally disagree with these standards based on their moral and religious beliefs…Some of my fellow board members are failing to realize the State of New Jersey is actually putting out a political and moral view…Who are we, the State Board of Education, 13 members, to only give one side of how people should look at this? I’m troubled by that. I was hoping to have a re-examination so local boards can sort this out. I think what we’re missing is that Republicans, Democrats, Christians, Jews, Muslims, don’t think we got this right. It’s not balanced. Maybe the Board has the authority to direct the Commissioner to re-examine the standards. I’m not sure about that. But there’s an issue with superintendents who willfully decide not to teach the standards and then are faced with the possibility of ethics charges. There are ramifications to what they do.”

Member Mary Beth Berry, who signed the letter, said, “Commissioner, you said all students succeed yet we’re bringing in new standards and allowing parents to opt out. I have questions about what will happen to these students academically and how students will feel watching their peers opt out or go into a different room. I echo Andy’s comments. There needs to be some review. Everyone should be comfortable.”

In response, Allen-McMillan said the DOE doesn’t track opting out rates; that is on a local level. While Berry’s concern about socializing students who are opting out or participating is valid, “schools are extremely adept at this.” For instance, students can opt out of dissections without opting out of biology class and “it’s wonderful that we have that built in.” Our educators are “top-notch.”

“I want to be emphatically clear,” she noted. “The DOE has positive relationships with [local school districts]. We’re going to work with them to make sure they implement the standards in a comfortable way.” She referred to the district accountability rubric called QSAC (Quality Single Accountability Continuum) and said, “if a district is not meeting the mark, we’ll convey that information to the district.” At worst, a district would lose “a few points” on their QSAC score.

Member Nedd Johnson said this is his 40th year in education and we’re acting like “the sky is falling.” Let’s “take the politics out and look at the data that will let students have a way to talk about these things.”

Member Ronald Butcher: “We are here to represents constituents of the state, not to promote our personal ideology.”

Member Jack Fornaro, who also signed the letter, said that the standards are to be implemented in September “but why can’t we have a vote to delay it a month?”

Goldenberg replied that she’d been in touch with the Attorney General’s office and “at this point we haven’t drilled down enough to know if we can delay it. There will be no votes taken today. It won’t happen. If the AG Office comes back with information, we’ll reconsider it but right now it’s not a possibility.”

“I live in a world of morality,” replied Mulvihill. “I don’t believe I should put that aside, I should embrace it. You can’t not have the perspective of morality and religion when you talk about these topics. There are some people who fundamentally believe this is wrong.”

“Andy is misrepresenting what I said,” responded Butcher. “I did not say we need to get moral and religious things out of it. I have rigid moral and religious beliefs…but I wouldn’t want to think that can be the sole thing. Just look at our list of religious holidays–it keeps getting longer and longer.”

Ricca: “This is a very important conversation.”

Allen-McMillan: “These discussions centered on extreme examples, [such as] if a district refused to comply. There are always options to opt out. The public must understand we are not waiting with a punitive stick to implement the standards. I’m very optimistic.” Seating Newark’s Children in the Front of the Bus