EXPLAINER: What Is the Charter Schools Program and Why Are Equity Advocates So Angry With Biden? 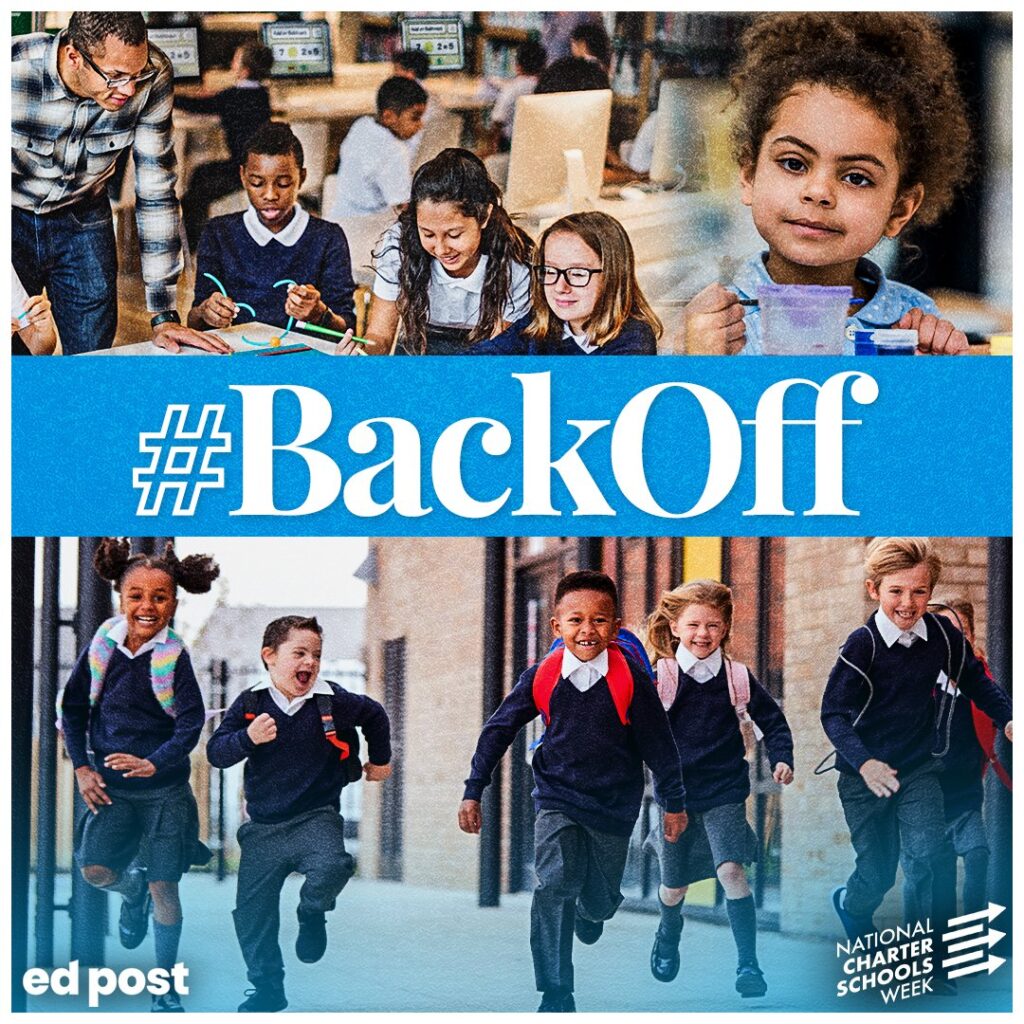 Today thousands of Americans are gathered in Washington D.C., protesting the Biden Administraton’s gutting of a 37-year law called the Charter School Program (CSP). Through multiple presidential administrations–Clinton, Bush, Obama, even Trump—this small program has sent $440 million a year.But U.S. Education Secretary Miguel Cardona just bowed to teacher union pressure and changed the rules that govern CSP, which will have a chilling effect on these school favored by Black and Brown families.

Below is an Explainer, originally published at Ed Post. First, here’s some commentary:

Democratic Colorado Governor Jared Polis: “It’s confounding that the Education Department is about to create chaos and limit public school choice by instituting new rules that would gut the federal Charter Schools Program (CSP) — a program that I helped update and greatly expand, with bipartisan support, during my time in Congress. The CSP supports the development and expansion of high-quality public charter schools and provides technical assistance and training where there is demand.”

Dr. Howard Fuller, Distinguished Professor of Education at Marquette University: “This is not just a veiled effort against the charter movement, I believe it is an intentional strategy to deny access of low-income and working-class Black families to an educational option that has been a positive lifeline for their children. It is clear that Biden has chosen to side with the organized special interests of the traditional public school system rather than those families. He has chosen to be a protector of the traditional system and not the families whom he sometimes gives lip service to supporting.”

Andrew Rotherham: “[The new regulations are just bad news if you think that providing parents with more public alternatives to traditional public school district schools is a good idea. In a nutshell, key parts boil down to letting Starbucks decide if anyone else can run a  coffee shop in various communities. They’re a real test of the politics of education right now. And charter schools are putting up more of a fight than many expected.”

Philadelphia Tribune: “It’s a flagrantly wrongheaded policy. But it happens to reflect the views of powerful teachers’ unions, who falsely argue that charters drain money from underfunded (and unionized) public schools. In fact, the evidence suggests that charters help to improve existing public schools. The presence of high-quality competition both lifts academic achievement in nearby schools and drives increases in overall per-pupil public spending. Contrary to the claims of their opponents, moreover, charter schools overwhelmingly benefit Black, Latino and low-income students.”

Explainer: What Is the Federal Charter Schools Program?

Wall St. Journal Editorial Board: “The protest is the latest sign of the political backlash since the rules were released in March. The Biden Administration is tight with the teachers unions, but sticking to its biased charter rules is a mistake that will hurt children and do political damage to President Biden.”

Way back in 1993, when charter schools were a new, bipartisan idea, President Bill Clinton proposed supporting them with federal funds. Two years later, Congress made it happen by putting $6 million into competitive grants to states. The winning states sent the money on to new operators to get charter schools off the ground.

Why Does the Federal Government Fund Charter Schools?

The money covers essential, hard-to-fund expenses, like facilities and start-up costs that must be paid before the first students even walk through the doors. A small subset of the money goes to replicating schools that have shown a track record of success with their students.

The money has been crucial to charter school expansion. According to the most recent available data, 45% of existing charter schools have received funds through the program. (That number is likely to be higher since the data was from the 2016-17 school year.)

It’s also important to keep the growth of charter schools in context. Though they have grown rapidly since the ’90s, they now serve only about 7% percent of the nation’s public school students.

Similarly, that $6 billion for charter schools may sound like big bucks, but in reality, it is chump change compared to funds for Title I, the main federal support for schools serving low-income families. That $6 billion over 28 years is just 2% percent of what the feds invested in Title I over the same time period. As of this writing, President Biden has yet to persuade Congress to back his campaign promise to triple Title I money, but despite that, Title I received $17.5 billion last year alone.

What Is the Future of the Charter Schools Program?

Since Biden took office, funding for the Charter Schools Program has held steady at the $440 million mark. This reflects political reality: Though a supporter of quality charter schools, Biden has close ties to teachers unions—who strongly oppose charters because they shift money out of traditional school districts, which threatens their jobs and salaries. This limits Biden’s support.

In early spring 2022, the Charter Schools Program has become a political football.

In short, the new rules:

While good reasons exist to put tighter restrictions on for-profit charter schools, the other new rules stand on shakier ground. The insistence that new charter schools help desegregate education for students sounds good in theory, but in practice, schools can’t overcome segregated housing patterns on their own.

The most concerning new rules require charter applicants to show evidence of demand, preferably by showing that existing traditional public schools are overcrowded. What happens when a new charter is wanted in a community where existing schools are not performing well, and overall enrollment is declining? That’s the situation for most urban charters.

This scenario cuts to the heart of key questions about the economics and purpose of charter schools. Are they simply a frill that can’t be afforded when a locale has declining enrollment? Or are they a tool to develop innovation and excellence when traditional public schools aren’t meeting the needs of a community?

New research from CREDO shows that hundreds of charter schools pivoted faster and more successfully to remote learning than did district-operated schools. They continue to satisfy parents and, at their best, provide students with a springboard to academic excellence.

WRIGHT: A Year After the Capitol Insurrection It’s Unclear Whether

Maybe Civility Isn’t All It’s Cracked Up To Be

New WHYY Post: Why is Cory Booker Wimping Out on