COMMENTARY: Murphy Treats Low-Income Families as Political Footballs As He Shuts Down Their Best Schools 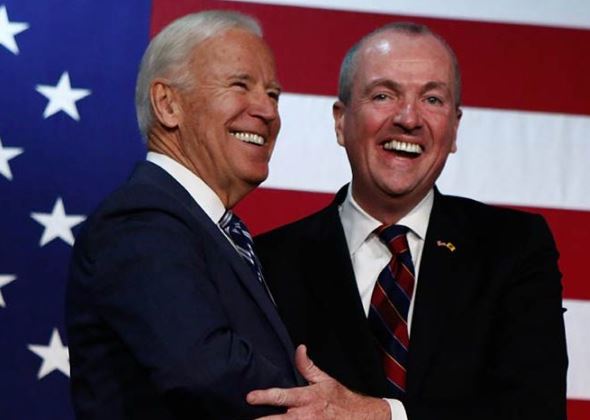 Late yesterday Acting Education Commissioner Angelica Allen-McMillan sent a letter to Newark’s University Heights Charter School that decreed, based on “subjective conclusions reported from one of the DOE evaluators who paid a short four-hour visit on March 14, 2022,” the school would be shutttered immediately.

This is not a denial of an expansion. It’s an out-and-out shut-down. Too bad for the 700 economically-disadvantaged Black and Brown students who are now facing what University Heights called “an enrollment nightmare” due to the Commissioner’s decision that is  “misguided, unfair, based on inadequate data and inexcusably late.” Too bad for their parents. Too bad for their teachers.

Question: What is Murphy doing?

Answer: Taking the support of voters of color for granted, using their kids as political footballs, and overseeing a Department of Education where a member of the Charter School Office resigned because he “couldn’t ethically participate in the DOE’s current charter review process.”

Murphy claims he believes, “If a school is high performing and kids are doing really well based on an objective set of facts, count me as all in.”

But that can’t be true. After all, this spring his Administration shut down two charters in Trenton where student outcomes are  way ahead of traditional district students, as well as expansions for Newark charters rated rated Tier 1, the DOE’s highest rating.

It’s no secret that Murphy’s decisions have nothing to do with educational equity and everything to do with politics. Remember, NJEA leaders, who give more cash to Murphy’s PACS than any other donor, are all in on a charter moratorium, which is essentially what the DOE is doing. The Center for Education Reform recently noted Murphy’s “continued and relentless assault on charter school growth” due to “teacher unions and district demands.” Julie Roginsky, a long-time Democratic consultant whose street cred has only increased since Vladimir Putin put her on his list of public enemies, has this to say about the recent charter rejections:

At the very least, the state should have provided a more robust explanation to some of these charters for the denials. Some highly ranked schools were denied an expansion even though they overwhelmingly serve traditionally underserved communities of color and even though their test scores are through the roof, with long waitlists to boot. As a result, some of these schools have no idea of what to improve in order to receive a better outcome next time. Without an explanation, it may only lead the families of these charter school students to conclude that the decision was based on politics and not on empirical metrics.

Let’s talk about Newark, NJ’s largest city with the highest concentration of Black residents in the state. This past April Newark voters elected three school board candidates who were backed by Mayor Ras Baraka, Councilman Anibal Ramos, Sen. Teresa Ruiz, and—wait for it—charter school advocates who have won voters’ hearts for the last seven years. What do Newarkers think about charter schools?

They want more of them–there are 3,600 children on wait lists— even though 40% of Newark public school students are already enrolled in this sector that is the best in the country. A 2020 poll from Change Research and the New Jersey Children’s Foundation found that two-thirds of Newark residents support public charter schools and, by more than a 2-to-1 margin, Newarkers believe that charter schools improve public education in the city, not detract from it. A 2022 poll from Change Research found that NJ voters support charter schools by 2:1; among Black voters it’s 3:1.

So what does Murphy do?

He shuts them down, cuts off expansions, and ignores the voices of those whose support he takes for granted.

Now let’s be fair. University Heights has had its struggles. But in 2020 the School Board there hired new leaders and started all sorts of music and art programs, free tutoring, parent outreach workshops. It was on the move! While student outcomes aren’t anything to write home about–only 15% of students hit proficiency targets in math—that’s better than, say, the traditional district’s Dunn Middle School, where none of them did. (Or, rather, the percentage is so low the state doesn’t release the data.)

But who’s counting? Not Murphy’s DOE and not Murphy. Meanwhile, those 700 students from low-income homes have nowhere to go, given that parents chose schools through the city’s universal enrollment system starting last November. I wonder what their parents think about Gov. Murphy now.

A couple of weeks ago Jonathan Chait had a piece in New York Magazine called “Biden Abandons the Obama Legacy on Charter Schools.” It’s about the Biden Administration’s new rules for the Charter School Program, a federal stream that gives $440 million a year in start-up costs for new independent public schools. Chait notes that when the publication Chalkbeat asked the US Education Department why the new rules were so onerous even though a recent study finds that adding charter schools increases performance for students in all schools across the district, a spokesperson suggested the reporter contact a teacher union leader. “Biden can placate an interest group that backed his campaign,” Chait writes, “or he can side with low-income families that want a chance at giving their children a decent education.”

In this context Murphy is mini-Biden, siding with special interest groups instead of New Jersey’s low-income urban families, overwhelmingly Black and Brown, who can’t send their kids to private school or move to a better district but and whose only shot at a decent school is a public charter. Those kids from University Heights and their familes? They’re stuck with the dregs of traditional district, which will now have to absorb 700 unexpected new students. So are 20,000 NJ students on wait lists whose parents want the sector to grow, not shrink.

Murphy doesn’t seem to care that his Administration is responsible for a “misguided, unfair, inexcusably late enrollment nightmare” with the burden borne by low-income students of color and their families.

Someone needs to explain to me how this is “progressive.”