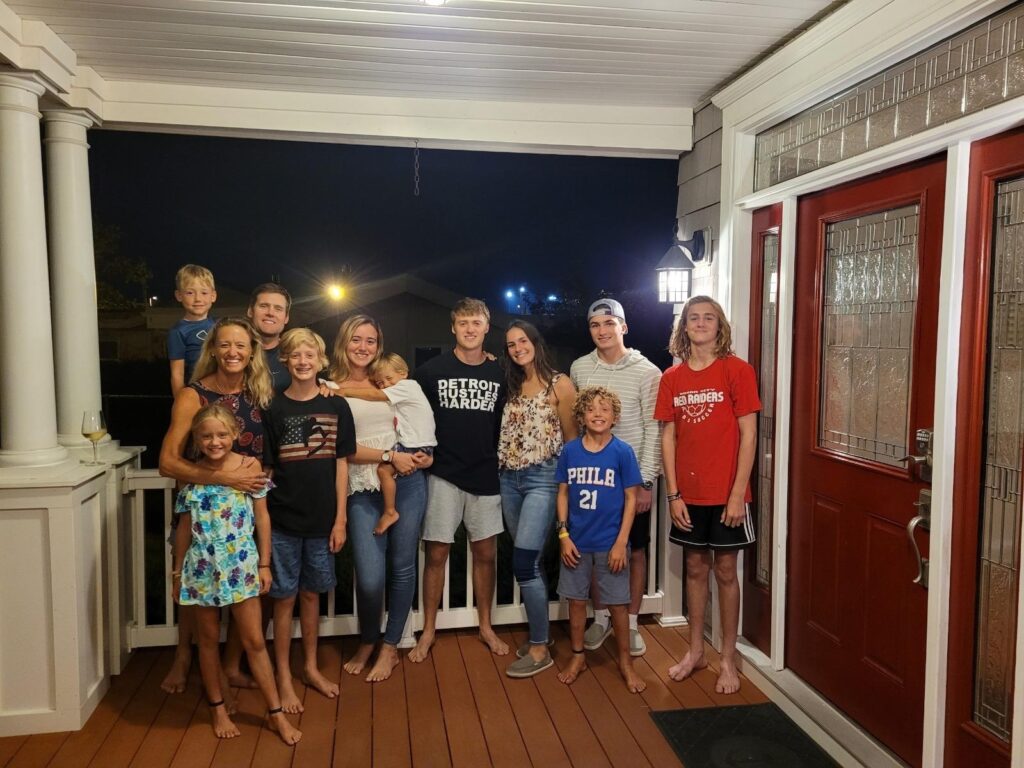 On Wednesday, June 15th, one of Kelly Hudak’s eight children came home in a state of distress from Ocean City Public Schools District. Mike (his name has been changed) told his mom he had just been issued an in-school suspension to be served the following day, the last day of the school year. Hudak was confused: Mike was a polite and high-achieving boy with no history of misbehavior. What was going on?

A week later Hudak is still looking for answers.

Here’s what she does know: Mike and a friend had just finished art class on Wednesday and, trailing behind the other students exiting the room, noticed a Pride flag sketched on a whiteboard. Mike said mischievously, “hey, I’ll give you a dollar if you erase that.” They continued walking and then the friend darted back and quickly erased the sketch of the Pride flag. Paul Matusz, another art teacher who happens to be president of the Ocean City Education Association, saw them and said, “who did that?” He then wrote up a disciplinary report.

Mike and his friend were given an in-school suspensions. Since that afternoon when her son got home and related the events, Hudak has repeatedly asked for a copy of the disciplinary write-up. She is still waiting: all she has is a form letter.

Did something go wrong with Ocean City High School’s discipline protocol? Was suspension a justifiable punishment for Mike daring his friend to erase a Pride flag? In this time of prioritizing restorative justice over punitive measures, is there room for reflective actions or what Newark Public Schools is calling “therapeutic interventions as part of disciplinary measures”? Should school leaders and school boards offer parents input in these decisions?  How much tranparency is required between districts and families?

Let’s start with the Ocean City High School Student Handbook, which lists infractions and consequences. If Mike’s action was a violation of “Hate/Bias Policy” — after all, this was a Pride flag and the LGBTQ community is a protected group–then these are the first steps:

Parent conference, with the possibility of suspension based on the severity of the actual offense. The incident will be reported to the [Ocean City Police Department].

But there was no parent conference and the Ocean City police weren’t summoned.(One of the administrators at the school told Hudak that she was lucky they didn’t call the police and Mike got away with a mere suspension so she should just drop the whole matter.) On the form letter Hudak received, Mike’s infraction is called “misconduct.”

Okay. Here’s what the Handbook says about misconduct:

Individual teachers are primarily responsible for classroom management. Inappropriate classroom behavior may result in the parent/guardian being contacted and possibly a conference arranged, and/or the student receiving a warning or an after school teacher detention. When the teacher has exhausted his/her efforts, or the situation has become one of a serious nature (such as open defiance, insubordination, fighting, obscene language, smoking, destruction of school property, etc.) the student will be referred to the Administration (in writing) using a Discipline Referral form.

Again, there  was no parent conference, even though the Handbook states, “it is a widely accepted fact that quality education is the result of a team effort. With this in mind parents are encouraged to actively participate in the educational process especially when disciplinary action is required.” Mike never received a warning or exhibited “open defiance” or was caught smoking or destroying school property or been deemed “incorrigible.”

There was just a jump to an in-school suspension on the last day of school, with Hudak’s “participation”  actively discouraged and administrators telling her to let it go because Mike had “learned his lesson.”

Meanwhile, Ocean City Facebook pages are ablaze with all manner of, well, hateful posts about Pride Month and Ocean City and you name it. Hudak tells me, “the only lesson Mike’s learned is Ocean City High School doesn’t care about him or what really happened in the art room.”

Charter School Performance and the NAACP