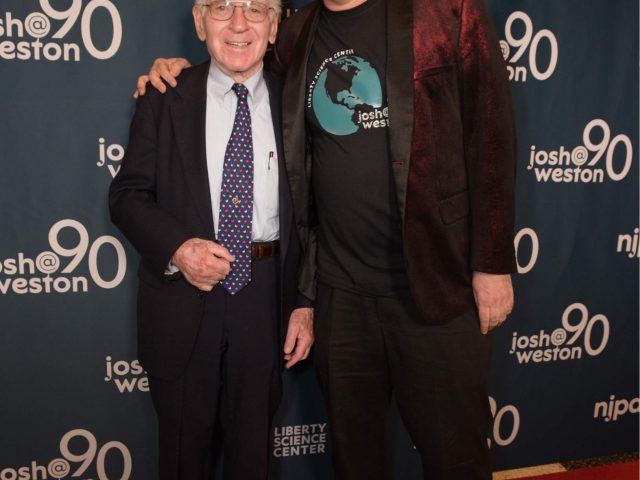 Josh Weston, who founded Automatic Data Processing (ADP) with the late New Jersey Sen. Frank Lautenberg, has some harsh words for the payroll of NJEA leaders. He should know: ADP is the biggest payroll processing company in the country and  one of Fortune Magazine’s “Most Admired Companies” for 14 consecutive years; its 2019 revenues were $14.2 billion. In an exclusive interview with Tapinto Princeton, Weston is passionate about what he calls NJEA executives’ scheme “to enrich themselves” at the expense of their members.

For context, Mike Lilley of Sunlight Policy Center of NJ issued a report last week (here’s a summary) based on newly-released tax forms that showed the top 10 NJEA executives paid themselves a total of $7.7 million in 2019, with Executive Director Ed Richardson making $2.5 million.  Also, the execs have a private pension plan that is far more solvent than the teachers they hypothetically work for: Richardson’s pension is estimated to be worth $5.5 million. According to TapInto, a middle school teacher in Morris County who made $70K said her “basic” annual NJEA dues were $1,000, but she paid a total of $1,408 every year.

Weston is calling upon Gov. Phil Murphy, his Acting Commissioner Angelica Allen-McMillan, and state legislators to pressure “the public and media” to demand “clawbacks,” i.e., lower executive salaries and return some of their money.

I think it’s absolutely terrible. These blubbers just greased their own little kitty! I’m not somebody who doesn’t like unions, either.

In reference to his estimate that NJEA execs had funded their pension plan with $137 for every dollar owed (the teacher pension plan is deep underwater), he said, “Who’s watching this? Who’s approving this beyond themselves?”

“I’m hoping, by speaking up, to get the message out to more people and the media, so they get mad about this too,” he said.

A statement released by the Sunlight Policy Center noted, “If teachers knew their hard-earned salaries were making their leadership multi-millionaires, they would be outraged. This is a rigged system. Rigged to benefit the top leadership of the state’s most powerful special interest. Teachers lose, taxpayers lose, but NJEA leadership and the politicians they support win.”

TapInto explains, “The NJEA is a virtual campaign-funding Rumpelstiltskin for elected officials, mostly Democrats, which bolsters its clout. It is a prodigious provider of money to many other political action committees, as well. “

NJEA leaders did not respond to requests for comment.

Montclair Kids First to NJEA Sec/Treas.: “Our Town is Not