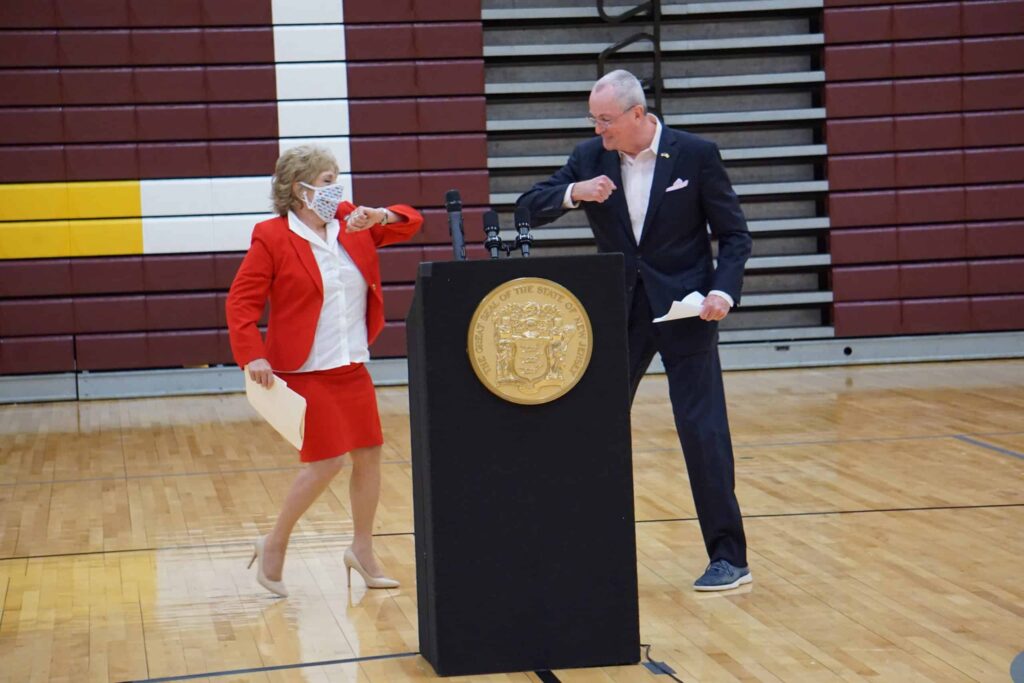 To the surprise of the entire New Jersey State Legislature as well as school districts and school staff, the Murphy Administration’s reform bill intended to contain healthcare premium costs is going to end up costing taxpayers way more than anyone thought. Why? Because officials from the Treasury Department are about to greenlight a premium hike of 24% with Horizon Blue Cross Blue Shield, the state’s largest insurer with 3.8 million members, despite outcries from municipal and school representatives.

That’s not the way this was supposed to work.

Let’s back up. In 2019 New Jersey Education Association and former Senate President Steve Sweeney negotiated a bill called Chapter 44, which replaced an older Christie Administration bill (Chapter 78) that linked staff contributions for healthcare costs to a percentage of premiums, from 3%-35% of the premium and never less than 1.5% of the employee’s salary. The new bill, passed in 2020, ties staff premium contributions to a specified percentage of an employee’s annual base salary: (1.7% to 7.2% but never less than 1.5%) and cuts out-of-network reimbursements in order to offer teachers lower premiums. It was supposed to save money for everyone, as much as $300 million-–taxpayers (who support local schools through property taxes), teachers, and districts (who would benefit from cheaper healthcare plan premiums).

NJ Spotlight recalls that in 2019 Murphy praised the healthcare reforms he had negotiated with NJEA and other public worker unions: “The fiscally responsible path we’re putting New Jersey on — a dogged pursuit to lower the cost of health care, collaboration with our public union partners, and bolstering our pension system — is the right one.” Then-NJEA President Marie Blistan added,“this law is a win-win-win for NJEA members, our students and New Jersey residents.”

North Jersey reported in May the state, for instance, estimated Ridgewood Public Schools District would save about $4.7 million in health benefits under the new plan but the actual savings are only $27,000. Lower Township in Cape May County said the new health plan will cost its school district an additional $44,000. Gloucester City in Camden County said its school district anticipates spending $260,000 more than under the previous plan.

So the Murphy Administration was supposed to strong-arm Horizon to get back $34 million after it failed to deliver on those promised lower costs. But then in late June Bloomberg, in an article called “New Jersey Backs Down from $34 Million Fight With Health Insurer,” broke the news that Murphy officials would comply with Horizon’s demands because, according to Spotlight, “Murphy intervened.” This was confirmed by the New Jersey Association of Counties and the state’s League of Municipalities in an email last Thursday that warned members of the potential for additional expenses.

Everyone is mad (except, presumably, Horizon).

Senate President Nick Scutari, Senate Majority Leader M. Teresa Ruiz and Senator Paul Sarlo, the Chairman of the Senate Budget Committee (all Democrats) issued a statement urging the Murphy Administration to immediately take action about the suddenly-revealed plan that will result in 24% increases in health benefits premium costs for public employees and 15.6% increases for teachers and other school employees.

This is a staggering increase that will saddle taxpayers, public sector workers and educators with higher costs at a time when we are all contending with inflationary pressures and a possible recession. We urge those with approval authority to reject the plan that was suddenly scheduled for action with little notification and no real justification. The Treasurer should use her authority to block the planned approval and make sure a full accounting of the finances of the two health benefits’ plans is made public and fully discussed. There should be no rate increases without justification and they should be prepared to take whatever steps are needed to mitigate the financial impact of any rate changes. We will get engaged in this issue to prevent these exorbitant increases from being approved.

It’s possible that COVID-19 infections raised the costs of providing healthcare to people, as some have suggested. But it doesn’t explain the Murphy Administration’s lack of transparency and why even top legislative leaders were out of the loop.