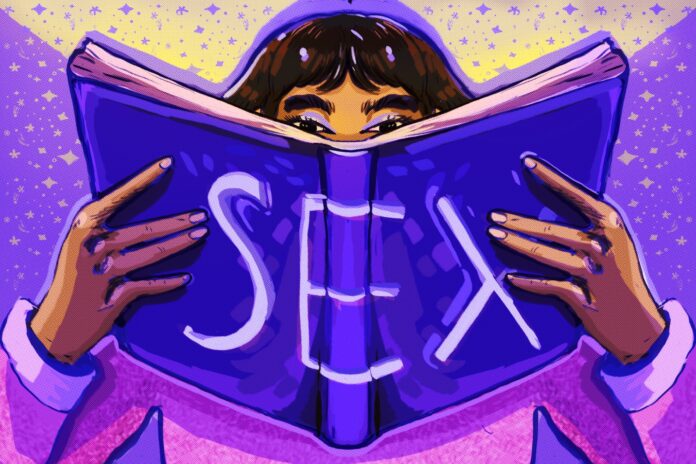 Anyone reading New Jersey media this morning–or, in fact, most days for the past couple of months—could be forgiven for thinking we’re all obsessed with sex education. Just over this weekend headlines include The Record’s “Why are there so many school board candidates across North Jersey? Sex ed is one reason,” former/future gubernatorial candidate Jack Ciatarelli’s op-ed, “When is it right to start sex education for NJ’s youngest students?,” and Tapinto’s “Parents Beg Lacey Schools To Reconsider Sex Ed Standards.”

Time for a reality check.  Our sex ed fixation isn’t really about the Murphy Administration’s Department of Education new standards; instead they have become a proxy for something far larger. Over the course of the pandemic-related school closures and Zoom-induced front-seat views into course content, parents no longer trust local public schools—and, by extension, the DOE–to keep their kids safe and learning. Turns out, what we thought was rock-solid is fragile; what we thought was resolute is squishy.

The consequences are huge and we need to recognize this parental outrage isn’t (just) about the miniscule amount of time students will spend learning about, say, gender identity, but a pronounced loss of faith in the institution of public education.

Here’s the thing: New Jerseyans-–Americans in general-–have become school-insecure after the debacle of (unnecessary) remote instruction and subsequent lost learning. At the same time, some parents have become accustomed to exerting more control over what their kids learn: 18 months of Zoom screens, micro-pods, and home-schooling can have unintended consequences. (That’s what’s missing from today’s NY Times piece which attributes political realignments to the anti-masking/vaccination mandate “movement”–even though lots of parents are anti-masking and pro-vaccines or the other way around. Reductive much?)

Where do we go from here?

Hindsight is golden, but why on God’s green earth didn’t the NJ DOE respect parents’ apprehension and pause the implementation of the sex ed standards for a year or two, given that no one knew they were coming? Why didn’t smart people at the DOE recognize that controversial standards would only add fuel to the culture wars, which were already ablaze? (NJEA leaders, regarded by the Murphy Administration as true-blue allies, are only making things worse. Note the astounding fact that right now more Americans trust Republicans on education issues than the percentage who trust Democrats.)

The sole beneficiaries of this utter disregard for parent voices have been local reporters with no shortage of material and politicians preaching to their personal choirs.

Right now parents are refusing to blithely defer to public schools’ agendas, although whether that’s a transient fad or a permanent change is anyone’s guess.  Education leaders need to understand this and maybe even conclude that strong parent advocacy is a net positive for student outcomes, albeit not for short-and-sweet school board meetings. A few late nights in exchange for community support, some tweaks in policy for mutual respect? That’s a deal worth taking.

The Ethics of Home Rule

A Response to a Report of Andrew Cuomo’s Demise

It Could Be Worse: What if Cuomo Had Written the