CIATTARELLI: When Is the Right TIme For Our Youngest Students To Learn About Sex? 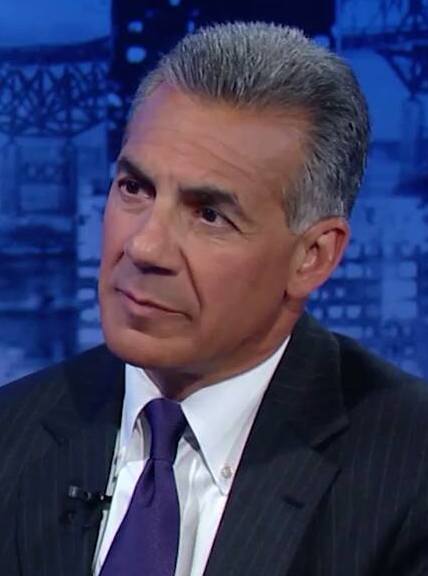 When it comes to sex education for our youngest students, what is age-appropriate and what is not?

It’s a question a lot of New Jersey parents are asking these days after a couple of sample lesson plans triggered a firestorm of controversy and debate about New Jersey’s public school curriculum and the role of parents in education.

First, some background. In 2019, Gov. Phil Murphy signed a law requiring that students learn about the societal contributions of the LGBTQ community. With the goal of promoting “inclusivity,” the new lesson plans became known as the “LGBTQ curriculum.” In 2021, at the height of the pandemic, when people were distracted and there was little to no public input, Murphy signed into law a requirement that the public school curriculum promote “diversity.” Among other things, the lesson plans would speak to gender identification and sexual orientation, starting in kindergarten.

As I said to the governor during the first gubernatorial debate last fall, “There are certain things best taught at the kitchen table between parents and children.” His response was to mock the kitchen table.

No doubt, we need a more inclusive community, where bigotry, bullying and hate are never tolerated. We can achieve that by teaching our youngest students the Golden Rule, the power and beauty of diversity, mutual respect, tolerance and the American ideal that we are all created equal. That’s a mainstream lesson plan all parents would wholly embrace and children of any age can grasp.

As for the new sex education standards, as a sixth grader, I remember attending with my father an evening presentation, provided by my public school district. My mom did the same with my sister when she was in fifth grade. The presentation spoke to the bodily and emotional changes adolescents experience. The subject matter was age-appropriate for students and empowering for parents.

When I tell that story, some people say,“Times have changed, Jack.” Yes, they have. But then again, some things should not. Parents have responsibilities. It’s not the job of the school district to replace parents. Partner, yes. Replace, never.

What’s troubled school districts is that the state has not issued guidance — the kind that would result from robust public discussion amongst all stakeholders — on how to implement the “inclusivity” and “diversity” curriculum and meet the new sex education standards. Highly controversial sample lesson plans offered by extreme progressive advocacy groups have only made things worse.

Progressives are adamant, believing kindergartners should be taught gender identification and sexual orientation — that it’s acceptable for a 5-year-old biological female to be told by her teacher that it’s OK to identify as a boy. On the other side are those making accusations about “grooming” kids, an extremely serious charge — potentially criminal — levied with scant proof.

What cannot be overlooked is the potential conflict we’re creating in children. Teachers are role models and mentors. If parents do not support and reinforce what’s being taught, students will experience a terrible conflict, feeling forced to choose between the most influential people in their young lives.

Traveling the state, my experience has been the vast majority of parents are troubled by the new curriculum and sex education standards. They’re also angered by being falsely accused of being anti-LGBTQ simply because they disagree with what they view as an age-inappropriate subject matter. The same goes for a great many teachers, whose morale has never been lower, and would-be teachers who are choosing a different career path.

Parents want the public school curriculum to be relevant, but more than anything, they want all subject matter to be age-appropriate. They want a say on how sensitive subject matter should be taught. And they want transparency. What they don’t want is to “opt out” their children from valuable school time, especially when they’re paying the highest property taxes in the nation. I agree on all counts.

(This was first published in the Asbury Park Press.) Newark Teacher Union Prez: “We Are in a War”