The Paterson Education Association (PEA) has been making no bones about the mass exodus of the staff here in Paterson.  Though we believed we had made clear the reasons for its occurrence, we are compelled to reiterate them in the wake of the missive sent to parents by Superintendent [Eileen] Shafer late last week.

As I stated, there is an ongoing and pervasive teacher shortage nationwide.  In this regard, Paterson is no different.  However, unlike other districts throughout the state and nation, the Paterson School District isn’t interested in developing a cohesive plan and working with the union to find solutions to attract and retain educators to mitigate the crisis. Sadly, the District seems more interested in trying to manipulate the truth—and demonize our members in the process— to avoid any blame.

But this isn’t about a disagreement between labor and management.  This is about how we can all work together to address this crisis, so the students in Paterson can receive the best educational experience possible.  The PEA isn’t interested in mudslinging; we believe the facts speak for themselves:

FACT: Salary guides in negotiations are mutually developed.  The PEA, especially its members, cannot unilaterally change a salary guide nor create one imposed upon the District against its will.

FACT: The District’s salary proposal for the next five years is—and remains at –zero percent.  That is correct; the District proposed no salary increase for its employees.  This is why the PEA declared an impasse.

FACT: The District recognized its top administrative salaries were not in line with those in surrounding and comparable districts.  It proposed—and the Board of Education is reviewing —to “right-size” these salaries, with raises ranging from $15,000 to $20,000.

FACT: In addition to the low salary offers, educators who have left the District cited the poor working conditions as a reason for their departure.  For several years, the PEA has been working vigilantly to compel the District to address these outstanding issues.

I’ve said it before, and I will say it again:  Actions speak louder than words. If the District is serious about rectifying the mass exodus of employees, it must stop pointing the finger and take responsibility for resolving this crisis. We aren’t the problem…but are more than willing to be part of the solution.

We look forward to their call. Some Schools Are Rising to the Challenge. Guess Which Ones

How Do You Get From Trenton to Montgomery? 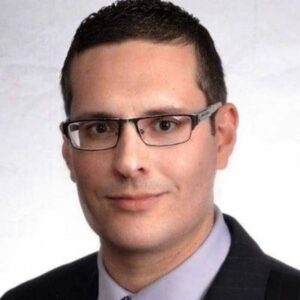