Jersey City Teacher/School Board Member: Both the State Education Department and The City Have Failed To Improve Our Schools 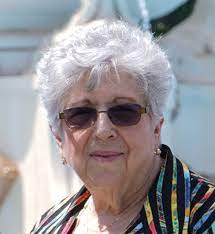 Yesterday Marilyn Roman published a very long analysis of the failings of New Jersey’s second largest school system. As a retired Jersey City educator, City Councilwoman, Counsel President, Interim Mayor, Hudson County Commissioner, Jersey City school board member, and Jersey City resident, she has keen insight into the fraught politics that pervade this school district. Here is a summary of what she sees as the both the State and the district’s  incompetence and lack of accountability that hurt schoolchildren’s prospects.

For starters, Roman is not feeling the joy shared by other politicos regarding the State Department of Education’s decision earlier this month to return local control to Jersey City after a 33-year state takeover: “all it indicated to me was that the state spent 33 years here bringing their choice of people into the district,” none of whom were able to provide “excellent education or…lift the test scores to any degree…While everyone blamed the children and some blamed the teachers for the failure, the local district and the state were the real culprits. They went about trying to fix everything else except the real problem, which was and still is the education of our children.”

Who is responsible for this failure to elevate the public school system in Jersey City? Primarily the state, which approved “astronomical” wages and benefits to a series of superintendents (Norma Fernandez’s most recent contract comes to about $400K per year with perks and benefits, Roman says) and “replaced Jersey City politics with its own brand of politics.”

What is the solution? Roman suggests the district begin with a well-written strategic plan (“I have never seen that done in this district in an all-inclusive way”) that is followed rather than being “tossed in a desk drawers” with no one held accountable. Also, the school board finalized the current budget before members wrote the (flawed) strategic plan, which is “putting the cart before the horse.”

Roman has grave concerns about the district’s fiscal precariousness. She recounts how last year the school board chose to raise taxes to compensate for the lower amount of state aid (Jersey City still pays well below its Fair Share) because the city had been subsidizing the district but now said it didn’t have any spare cash. But Mayor Steve Fulop (who has gubernatorial ambitions) cancelled the tax increase: “As it turned out, [the Fulop Administration] did have the money. They just didn’t want to expend it for our children’s education. But, of course, that was an election year.”

Yet all of a sudden  the district has an extra $89 million to spend from COVID federal emergency funds, but using that money effectively will take “a great deal of planning and coordination.” The money should be invested in infrastructure updates in the city’s 50 school buildings and ameliorating learning loss but Roman is having “difficulty understanding the superintendent’s comments about deciding what to spend it.” Also worriesome is the district no longer has a permanent Business Administrator “and the district is now in the process of demoting the director of the work crews in the district.”

District student learning has taken a nosedive since COVID and that $89 million should also be spent on ways to bring children back to grade level but that “is something that the district has never been able to do for too many of our children even during the past 33 years under state control.”

The district, Roman says, is very sloppy with money. For example,

In this year’s budget we have a listing for “Funded Vacancies,” which is supposed to be for positions the district plans to use to hire new employees but winds up being a slush fund to pay for things that may never be used for necessary vacancies or in some instances not for the number of vacancies that have been placed in the budget. The last time I saw the budget, before I left the district, that number was for 600+ vacancies. I know there is a shortage of teachers and non-instructional workers, but are there that many spots open? However, even if there were, the district would do what they always do, which is not to hire anywhere near that number of people. So if 600+ people don’t need to be hired, how many actually do and for what will those excess funds be used?

During her 10 years on the school board and 32 years as a teacher, Roman has found that superintendents hired by the district tend to be “long in the years spent in this or any other school district and short in the broad-based experiences, creativity and vision needed to plan and execute proposals, which when implemented, would lift student readiness to gain the skills and content to become well-educated critical thinkers who could successfully compete in our society and the world.” (Apparently she regards Superintendent Norma Fernandez as someone who doesn’t “merit the high salary and benefits package we pay.”)

And the board fails the city by not doing rigorous superintendent searches: “it’s no wonder we haven’t found someone who had the vision to succeed in helping our students. It’s not so much the people we have hired, it’s the people we never looked for.” And, “it appears that there is more time being spent on infighting, jobs and denying people of their employment without citing a cause and demoting and promoting people than is spent on the education of our students.”

Our students should be part of that group of people who can compete successfully for high-level employment so that they, too, can share in our prosperity. But first we have to give them a world-class education and to do that we have to ask the questions, insist on the answers and make the district accountable from the top down. Camden Superintendent Will Close Three Schools, Not Four, Despite Teachers

Schundler Goes to the Assembly